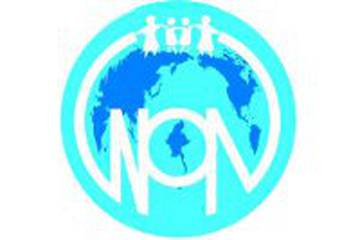 The Women’s Organisations Network Myanmar (WON) is a network of 30 organisation. It was set up to support women’s community groups across Burma working to contribute to the well-being of women and men across the country. WON was established in 2008, after Cyclone Nargism. It operates in a number of conflict and post-conflict areas across Myanmar, including Karen State, Shan State and Mon State, as well as running programmes in Yangon and other major cities and towns.

WON works to engage and advocate for peace, justice and equality for women and men through working with key stakeholders at all levels towards positive social change in Myanmar

Since 2010 the Women’s WON has organised awareness-raising discussions and workshops on gender based violence and gender roles in Myanmar Society. WON also inspired and developed discussions and awareness among member organisations inside Burma, and has disseminated pamphlets and books concerning “16 days of Activism” campaign in 2010.

In 2011, WON launched the ‘From Peace in the Home to Peace in the World’ programme, as part of the global 16 Days of Activism Against Gender Violence campaign to call for the elimination of all forms of violence against women. In 2012, WON organised community discussions on legislation and legal barriers to women’s rights and participation in Burma, as well as legal limits to seeking redress for human rights violations, under the programme: “Prevented laws on women in Myanmar”. Activities were held in Yangon Division, Ayeyawaddy Division, Bago Division, Mon State, Mandalay Division and Karen State.

WON organised a walkathon on 25 November 2012. Participants held banners with slogans such as, “Stop Violence Against Women”, “Respect and value to Women”. WON also helped organise the wearing of T-shirts with the words “From Peace in the Home to Peace in the World: Involve Men to Fight Violence Against Women” printed on them. WON managed to involve the Department of Social Welfare in this walkathon event.

From 2010 to 2012, WON held a number of Violence Against Women discussions in local communities as part of its Peace in the community programme.

WON carries out various advocacy campaigns, including recent efforts to publicise and give a voice to women effected by the conflict in Kachin State – this included sending open letters to President Thein Sein as well as the Kachin authorities.

A number of WON member organisations, such as Phan Tee Eain and the Karen Women Empowerment Group (KWEG), have been given the opportunity to take part in the Peace Talk and Advocacy workshop and training. They have also discussed peacebuilding with members of the Myanmar Parliament.

WON is looking to expand its network and capacity building and advocacy activity across the country, including in conflict and post-conflict areas.

Following a successful signature campaign, Daw Susanna Hla Hla Soe, the chair of WON’s Steering Committee, was given a chance to participate in the ceasefire negotiations and peace talks between the Myanmar Government and the Karen National Union.