X
The Niger section has been archived. This organisation profile is no longer actively maintained and may not be accurate. 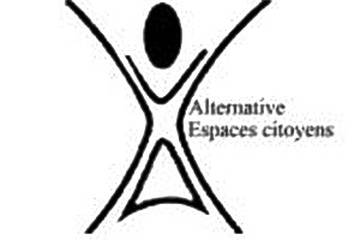 Its objectives are to strengthen the democratic culture of the population; promote civil and political freedoms, especially the freedom of expression and opinion; fight against all forms of discrimination, especially those against women; contribute to the intellectual development of young people; foster solidarity among people in Africa and across the world; and raise awareness about environmental issues.

In order to achieve these objectives, Alternative intends to use all legal means, including public lectures, seminars, exhibitions, conferences, various publications, civic and environmental education, sporting and cultural activities, the media, travel, and demonstrations of solidarity.

At its inception, Alternative chose to focus its efforts in the field of communication, recognising the vital role that mass media can play in promoting human rights and democratic values. The focus of the communication efforts has been in a weekly paper and a radio program.

On one hand, the Alternative Weekly paper contributes to the political awakening and the emergence of a true civic culture within Nigerien population, and on the other hand it denounces and debates the policies imposed by international financial institutions (IMF, World Bank, etc.)

The paper is distinguished by its constant support for all social struggles and all initiatives to promote human rights. This commitment has brought its leaders reprisals of all kinds: intimidation, arrests and abductions. Apart from the weekly, Alternative has also printed in different languages for parts of the population that cannot read French, and these copies were distributed in cities and in villages to contribute to the preservation of national languages. They have also launched special editions to broaden the range of publications.

Today, young volunteers are the backbone of the community radio Alternative, specifically dedicated to young people and women. This radio station broadcasts in Niamey and surrounding areas, where it is heard and appreciated by thousands of listeners for the engaging and informative content of the program.

The young group of listeners of the Alternative radio programme has 350 members who have come together by their common desire to rally around the radio to defend civil and political rights, as well as social, economic and cultural rights. This club of youths is a framework for solidarity, control, the promotion of civic culture, and other initiatives for human development.

Since January 2001, Alternative has placed a particular emphasis on information technology and communication. The goal is to achieve democratisation of access to the internet through the creation of a community access point, and also to promote the use of new information technologies for the purpose of education, solidarity and economic and cultural promotion. An audio-visual production unit has also emerged to produce films and documentaries for mobilisation campaigns and the advocacy work of Nigerian civil society.

Alternative has begun focusing on two key themes in 2015:

Issues related to the free movement of people in the Ecowas region. Many complaints have been reported about difficulties in crossing borders, in particular of travellers being ripped off and charged unnecessary fees in order to bring their goods with them.The involvement of young people from Diffa in Boko Haram, which according to Alternative can be partly explained by a lack of jobs and opportunities.