This seven year conflict and humanitarian crisis in the north has killed 20,000 and displaced 2.6 million people. Despite the government’s announcement in 2016, that the group had been ‘crushed,’ attacks have continued throughout 2017 from Madeguiri city to the Lake Chad Basin in IDP camps, universities, and mosques. The plight of refugees fleeing the violence is also worsening with the current severe drought and impending famine across northeast Nigeria.

Violence has also intensified in rural areas between Fulani herdsmen and farmers amid claims of trespassing and sabotage. This cycle of violence is also catalysed by the drought.

The Niger Delta has also been the scene of serious violence. Between 2006 and 2009 a militant group named MEND protested against the poverty of the region despite the oil wealth it produced. In 2009, a general amnesty was accepted by these militants. However, in 2016, President Buhari’s 70% cut to the amnesty program prompted further unrest. Since 2016, attacks have largely been carried out by the NDA, targeting major pipelines, and provoking huge economic consequences.

Another element in Nigeria’s political status-quo is the legacy of the Biafran civil war (1967-1970) which saw the defeat of Biafran separatists by federal forces and the death of a million people. Grievances in the Igbo community were reignited in 2015 in protests by Igbo youth. The Nigerian government has since been accused of using excessive force, killing 150 protestors from August 2015-2016. 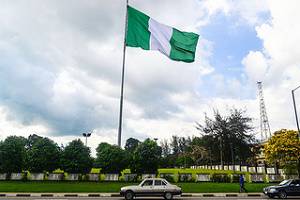