The legacy of the 1947 partition of India can be seen in unresolved violence in Kashmir – where, despite numerous ceasefires, the line of control has been repeatedly punctured by intense violent clashes for 60 years – and in Pashtun-Afghanistan and Baluch territory.

International interventions in Pakistan and the surrounding region have also contributed to instability. Pakistan withdrew its previous support for the Taliban to support the US-led NATO invasion of Afghanistan in 2001. International drone strikes in Pakistan’s tribal areas have escalated domestic conflicts. Intense fighting between the TTP and the Pakistani security forces in 2009 displaced 3 million people, and caused extensive civilian deaths.  US strikes inside Pakistan, including the operation that resulted in the killing of Osama Bin Laden in 2011, prompted retaliatory suicide attacks.

Terrorism and the ‘war on terror’ have been costly for Pakistan – both in terms of human loss and economic costs. Since 2002, more than 50,000 people have died due to terrorism, and the economic economic cost is estimated to be around US$120 billion.

Pakistan also suffers sectarian and ethnic violence between its diverse populations. Sunni-Shi’a tensions escalated as a result of Pakistan’s support for Saddam Hussein in the Iran-Iraq war, and due to covert support of Sunni-Shi’a militant organisations by Saudi Arabia and Iran. The relationship continued to worsen with the Taliban’s increasing power in Afghanistan during the 1990s.

Sunni-Islamist violence increased from 2012 onwards and continues in 2017. Perpetrators include Taliban affiliated groups, Lashkar-e-Jhangvi, and ISIS. In March 2014, the Pakistani government met with Taliban representatives for peace talks. However, talks collapsed after another Taliban affiliated attack on Karachi’s airport left dozens dead.

In February 2017, ISIS claimed responsibility for an attack on a Sufi shrine killing 90 people. This prompted Pakistan to close its border with Afghanistan. 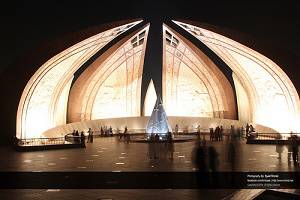