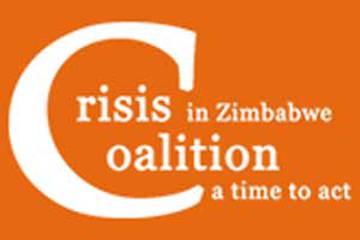 The Crisis in Zimbabwe Coalition came into being in 2001. It is a conglomeration of more than 80 civil society organizations in Zimbabwe working together to bring about democratic change in the country. Its membership draws from churches, women’s groups social movements, residents associations, labour unions, human rights lawyers, teachers groups and health professionals. The Coalition works on human rights issues, democratic governance, political freedom, women’s rights, electoral reform, peace and development. It also carries out research on socio-economic and political issues affecting Zimbabweans. The organization’s vision is to see a democratic Zimbabwe, and believes civil society has a critical role to play in nurturing and sustaining a culture of respect for principles and values of good governance, openness and accountability within Zimbabwean society. To this end, it enjoyed international attention as one of Zimbabwe's biggest and most vocal pro-democracy advocacy groups in the country. It has been highly critical of the government, especially in the years between 2006 and 2010. It works locally, regionally and internationally, but with a focus on Zimbabwe.