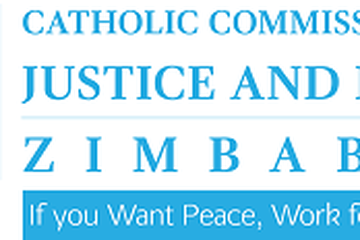 The Catholic Commission for Justice and Peace in Zimbabwe (CCJPZ)

The Catholic Commission for Justice and Peace in Zimbabwe (CCJPZ) is a non-governmental organisation which assists in cases of human rights abuse. It was established in 1972 to highlight the plight of the Zimbabwean people. It has offices in Harare, Bulawayo, Binga Village and Mutare, along with the presence of a 'Justice and Peace Committee' in each diocese.

The aims of the CCJPZ are to inform people's consciences, to make people aware of their rights and duties as citizens, to encourage love, to promote the Church's social teaching, to investigate allegations of injustice and to take appropriate action. It also seeks to keep in contact with other organisations with similar objectives, and to advise the Bishop's Conference on the human rights situation pertaining from time to time.

The CCJPZ has recorded crucial chapters of Zimbabwe's history in reports and publications since before independence in 1980. The organisation is a Commission of the Zimbabwe Catholic Bishops' Conference with an affiliation to the Pontifical Council for Justice and Peace in Rome and has active contact with Commissions in other countries.

In March 1997, the Catholic Commission for Justice and Peace in Zimbabwe compiled a report on human rights abuses in Matabeleland and the Midlands during the period of 1980-1988 titled Breaking the Silence, Building True Peace.

To date, CCJPZ has made significant contributions to the documentation of the injustices and suffering of the Zimbabwean people, going as far back as the Liberation struggle, as well as post independence civil unrest.