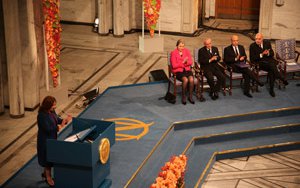 Righting the wrong: Strengthening local humanitarian leadership to save lives and strengthen communities

If we are to save more lives, the international humanitarian system must be turned on its head by shifting more power and resources to local actors.

Righting the wrong, from Oxfam, calls for a rethink of the international humanitarian system to place more emphasis on local capacity. By giving greater attention to locals, the report argues, aid is more likely to be based on local needs and priorities leading to more effective humanitarian aid.

Inside Syria: what local actors are doing for peace

The two peacebuilding priorities that were commonly mentioned by nearly all respondents irrespective of their location, affiliation, or main activities were: i) ending the violence and foreign military interventions; and ii) starting a national dialogue

Investing in Iraq’s Peace: How Good Governance Can Diminish Support for Violent Extremism

This research finds that recent citizen-oriented governance investments such as civil society programs are beginning to demonstrate impact: public confidence in civil society is rising, creating an opportunity that must be seized.

Investing in Iraq’s Peace, from Mercy Corps, examines the factors behind violent extremism in Iraq and challenges the widely held assumption that sectarianism is the main cause of radicalisation and conflict. The report highlights the importance poor governance in driving conflict and the role local civil society plays in improving the situation.

Political parties can play a powerful role in advancing peace, as they have done at times in Nepal, or in blocking it, as the SLFP and smaller Sinhalese nationalist parties did in Sri Lanka. It is therefore vital that international actors strengthen engagement with them.

A Community of Peoples: Bottom up Regional Integration in the Horn of Africa

While the track record and prognosis for formal economic integration in the IGAD may appear bleak, this is only one side of the picture. There are dynamics that are often overlooked, which show that the IGAD region is actually even more integrated than captured by conventional measures of integration.

A community of peoples is the latest edition of the Life and Peace Insititute's Horn of Africa Bulletin. The publication brings together a series of articles looking at grassroots and informal examples of regional integration in the Horn of Africa. Subjects include economic activities of the Somali diaspora in Kenya, regional approaches to reconciliation, and the role of civil society in the East African Community.

The Tunisian revolution, five years on The case of Dominic Ongwen: perpetrator and victim? Dreaming of the future in Colombia By Martin Home: Martin Home discusses how the political situation in Ethiopia has led to recent outbreaks of violence. Read more »

The challenge among us: getting to grips with lynchings in Guatemala Forgiveness in the aftermath of atrocities: the case of north Uganda By Stephen Oola: How successful was the reintegration of former-LRA combatants after Uganda’s Amnesty Act in 2000? Read more »

The Amnesty Act (2000): pragmatism or forgiveness? By Stephen Oola: What motivated the Ugandan government to offer amnesty to 26,000 former combatants? Read more »

The ICC and alternative justice in Uganda By Stephen Oola: Is it enough for former LRA commanders to stand trial in the Hague? What about alternative forms of justice? Read more » By Stephen Oola: Why has it proved so difficult to defeat the LRA? Stephen Oola discusses the causes of conflict and peace in Uganda and beyond. Read more »

A short history of the LRA until 2015

By Stephen Oola: The LRA captured global headlines during the Kony 2012 campaign – but what has happened since? Read more »