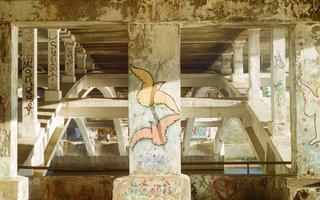 Lesia and Serhii Artymovych via Unsplash

Local elections were held across Ukraine on October 25th, 2020 under new election legislation and amid the coronavirus pandemic. However, President Zelenskyi stated that the elections in the occupied Donetsk and Luhansk oblasts in the region of Donbas were only to take place once control over the Ukrainian border was regained. It is not yet clear if and when the polls will open, however elections in Donbas could provide a significant window of opportunity for the peace process, following the reintegration of the Non-Government Controlled areas (NGCA) of Donbas into Ukraine in accordance with the Minsk framework. This shift offers the best route to recovery, however lasting peace will require the restoration of economic ties and the rebuilding of communities.

elections in Donbas could provide a significant window of opportunity for the peace process, following the reintegration of the Non-Government Controlled areas (NGCA) of Donbas into Ukraine in accordance with the Minsk framework 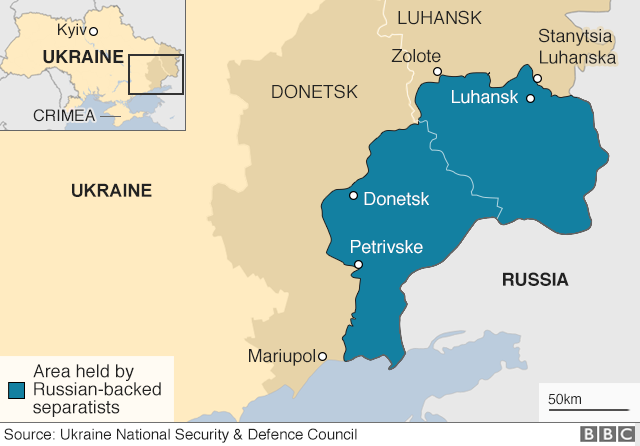 Photo from the BBC

At present, political and international efforts to resolve the Donbas conflict are mostly focused on short-term objectives. In reality the situation requires a peaceful mid- and long-term vision for the future of the region. Recently, Ukraine’s Ministry for Reintegration of the Temporarily Occupied Territories announced that they are working on a 25-year strategic programme on the reintegration of Donbas. Oleksiy Reznikov, the Minister in charge of this process, believes that full reintegration will not take place in the foreseeable future. According to their estimates, Ukraine needs $10 billion to restore the Donbas region fully. The cost includes the calculation of damage from military operations and re-establishing the water supply system.

The conflict in Donbas has severed supply and market links, breaking the region’s economic ties with the rest of the country. According to an International Crisis Group report, “Peace in Ukraine”, cross-line commerce continued for the first few years of the war – with anthracite mined in non-controlled areas shipped to factories on the government side, and Ukrainian companies conducting operations in both areas. But this has since stopped. In 2017, Kyiv imposed a ban on all but humanitarian crossline shipments, and the de facto authorities responded by seizing Ukrainian-owned industrial assets on their side of the line. More recently on the day of the local elections, President Zelenskyi conducted a nationwide poll which revealed that 45% of Ukrainians supported the creation of a free economic zone in the Donbas region.

The conflict in Donbas has severed supply and market links, breaking the region’s economic ties with the rest of the country

In the meantime, COVID-19 has added pressure on the existing humanitarian catastrophe impacting the lives of people in the Donbas region. Specifically, the pandemic has put an unwelcome, additional strain on the region’s health system, which has long suffered from underinvestment. Also, the quarantine restrictions put in place by the government have had serious socio-economic effects, restricting people’s movement and leaving many without work. As for the areas along the “contact line” from both sides, they remain economically depressed, despite extensive humanitarian interventions and initial recovery efforts aimed at boosting community resilience, employment, health services, protection, and livelihoods. For conflict-affected populations, the limited tangible improvements in their living conditions are fuelling frustration, undermining social cohesion, and leading many to migrate elsewhere for their livelihoods.

for the areas along the “contact line” from both sides, they remain economically depressed, despite extensive humanitarian interventions and initial recovery efforts aimed at boosting community resilience, employment, health services, protection, and livelihoods

Reintegration from the grassroots

Against the backdrop of the ongoing conflict, the pandemic is also challenging the fledgling trust and social cohesion that had started to grow across the contact line. While economic links remain severed, social links had begun to strengthen between those in Donbas and the rest of Ukraine. Reacting to the challenges connected to the COVID-19 quarantine, civil society organisations supported by international donors are helping local businesses in Donbas to obtain grants, open online stores, make full use of the opportunities offered by the Ukrainian government (tax breaks and so on), and take their activities online.

Against the backdrop of the ongoing conflict, the pandemic is also challenging the fledgling trust and social cohesion that had started to grow across the contact line

Creative Center, with financial support from international donors, provides grants for micro-, small- and medium-sized enterprises in the government-controlled areas of Donbas, and certain parts of the Zaporizhzhia oblast, to develop the regional economy, facilitate the reintegration of Donbas and restore peace. The grant funds were used for what the donor defined as priority areas: agriculture, textile production, hospitality and beauty, as well as food industries. During the four waves of the grant competition, over 400 applicants received grants to implement their projects in Donbas, including the Donetsk and Luhansk oblasts.

In October, “Despro”, supported by international donors organised a “school of local economic growth” for representatives of local communities, NGOs, and local businesses in the government controlled areas in Donbas. The schools were aimed at boosting the local economy and building capacity among the key stakeholders on how to effectively plan and implement the policies to encourage local economic growth. During a four-day training in Kyiv, 50 participants gained a greater understanding of financial instruments for economic development of local communities, management of resources for sustainable growth, gender equality, and business. They also developed skills in how to engage investors, using innovative approaches to funding. After the training, the participants will conduct visits to each other’s communities to exchange experiences and learn from each other. The project will contribute to the development of local communities and peacebuilding in eastern Ukraine through the reintegration of the NGCAs into the rest of the country.

How to move forward

The ongoing COVID-19 crisis will continue bringing challenges and opportunities for civil society organisations, and is likely to impede the reintegration and social cohesion between communities. At the same time, the local elections might provide an opportunity to facilitate the peace process and social cohesion, bring investments to develop the local economy, and partner with civic organisations to support reintegration of the Donetsk and Luhansk oblasts NGCA.

However, the outcome of the local elections 2020 will determine how officials will be supporting the peace processes alongside their response to the COVID-19 pandemic and shortage of budgets. At the same time, the development of a comprehensive and implementable approach for the re-integration of the eastern regions should be embedded in a broader and cohesive political vision for Ukraine as a whole.

Making this vision a reality would be decisive in facilitating conflict resolution and peacebuilding in the country. Civil society organisations, international and business communities should play a key role in supporting the development and implementation of the national strategy and long-term vision for the reintegration of NGCAs.

Transitional justice and reconciliation Dialogue and mediation Governance
Disclaimer: The views expressed in this article are those of the author and do not represent the views or position of Peace Direct.

More on Transitional justice and reconciliation · Dialogue and mediation · Governance →