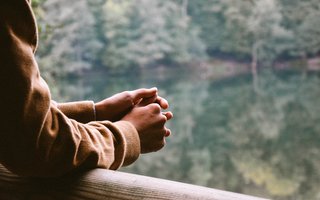 Photo by Ümit Bulut on Unsplash.

In the past two years, more than a dozen peacebuilders and practitioners have lost their lives in Nigeria. A short study, conducted by the Relief and Hope Foundation and the Tattaaunawa Roundtable Initiative in a forthcoming report, shows that 65% of those lives were lost as a result of mental health-related issues, 40% of which were men and 60% were women.

The other 35% died as a result of other health concerns; one was killed in a conflict in the North-East of Nigeria.

In recent times, the mental health of peacebuilding practitioners has become a concern to many practitioners – in part as a result of the perception of them and their work as super-human.

Mugu Zakka Bako is a Trauma Expert; he lost five of his siblings in the south of Kaduna, Nigeria, and his wife’s entire village was wiped away by marauding herdsman killers. In his words, “We are all superhuman as development workers until it hits home and our entire being is tested – emotional, psychological, and otherwise. There are so many questions, we almost become robots. How do you preach peace when you are emotionally unbalanced and need psycho-social support?”

For a deeper understanding of the issue of mental health concerns among peace practitioners, we look at the following:

Who is a peacebuilder?

The lack of peace affects peacebuilders in many ways, one of which is their mental health, especially at the local level when the conflict involves their communities and their loved ones.

Simji Goshwe is a peacebuilding practitioner and her organisation Simji Foundation runs a safe house for girls and also an orphanage. In early 2021, their house in a local community was attacked and razed down as a result of the farmer/herder clashes. She told PI, “I did not know how badly I was affected personally until I started acting funny, I was losing my mind, I would be on my phone and telling a colleague that I can't find my phone, I had to see a doctor, who immediately suggested a break.”

Until that time, Simji says, “I had never given mental health a thought”.

What is mental health?

Mental health includes our emotional, psychological, and social well-being. It affects how we think, feel, and act. It also helps determine how we handle stress, relate to others, and make choices. Mental health is important at every stage of life, from childhood and adolescence through adulthood.

The negative impact of armed conflict on the mental health of victims, aggressors, and communities is well documented. However not much is available on its impact on the peacebuilder.

It is impossible for the peace practitioner to deliver much in their intervention, and programs, and the communities cannot benefit when there is concern about the mental health of peacebuilders.

Well-being, also known as wellness, prudential value, or quality of life, refers to what is intrinsically valuable relative to someone. So, the well-being of a person is what is ultimately good for this person and what is in the self-interest of this person. Well-being can refer to both positive and negative well-being. The state of being comfortable, healthy, or happy.

Countless peacebuilders, whether as researchers, scholars, community mobilisers, policy-makers, or youth and women advocates, are often in a state personally or collectively where they are not happy about something or someone. In fact, Afwangs, secretary of a network of peacebuilders say that “being in a conflict zone affects the value of life that peacebuilders live, it affects their general wellbeing.”

Shade had to take a break. She was going through a messy divorce and noticed she was snapping at staff, and on the field, she got easily irritable with members of the community in a Peace Direct intervention with a Local Partner. She asked to be excused and heal, she needed a private space.

We all go through these circles and trajectories and there is a need to cool off, to go on a vacation, a rare privilege for many local peacebuilders.

Why is it important?

Mental health is important for everyone. So, know that if you’re facing a mental health challenge, you are not alone.

Everyone – including celebrities, athletes, political leaders, artists, and peacebuilders, have mental health struggles.

In view of the evolving discussion on bridging the mental health and psychosocial support and peacebuilding fields, very often than not peacebuilders, conflict resolution experts, and development workers forget that they are humans too.

We as peacebuilders often fixate on the well-being of the conflicting parties and trauma healing for them, and forget that there is need to bridge an already intrinsically interlinked relationship between us and them.

Constant work in the field has its own impact on many peacebuilders. The percentage of practitioners that suffer short downs and periodic psychosis is still being collated. Where conflict is present, post-traumatic stress disorder (PTSD), alcoholism or drug abuse, and depression from conflict-related stress is not just about and on the conflicting parties but also on the practitioners. Workplace factors are also among issues to contend with.

The impact of conflict on development workers is significant and enduring, and manifests in anxiety and depression.

Creating a distinction between the effects of conflict and other coexisting social pressures can also be problematic. For instance, in a region like the Sahel, how do we quantify the extent of trauma caused by armed conflict and, say, the suffering caused by chronic poverty, the living state of practitioners, and poor funding of their programmes?

In terms of healthcare, western countries have provided support structures for peacebuilders like vacations, time off, and more. But the deeper turmoil of seeing disrupted lives, sometimes working in alienation in an unfamiliar culture, and loss of status (donor chaos) are potential dilemmas beyond quick one-off medical remedies.

So how should practitioners deal with mental health? More inclusive health and educational systems to address mental illness caused by practice, and eliminate the stigma around mental illness in general, are needed.

Caring for your mental health as a peacebuilder:

Health and counselling
Disclaimer: The views expressed in this article are those of the author and do not represent the views or position of Peace Direct.