The Centre for the Promotion of the Rights of Children works on children's rights issues in schools, orphanages and refugee camps around Bangui.

Since 2009 the Centre for the Promotion of the Rights of Children (CPDDE) has been working to promote and protect the rights of children in CAR. Its goal is to raise awareness of this issue among various communities, and to ensure that these communities play a role in the protecting children's' rights.

Operating in Bangui, the majority of the CPDDE's work involves visiting schools to raise awareness on the protection of the rights of children. The organisation also offers presents and toys to orphans and children in refugee camps. The organisation considers it a major achievement that the children that they have visited and work with are able to alert them of any violations of children's rights in refugee camps, schools or at home. 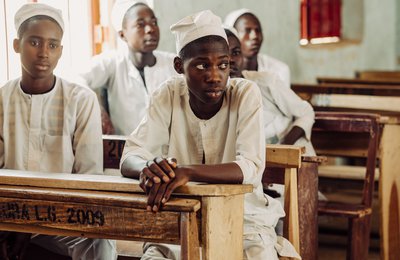