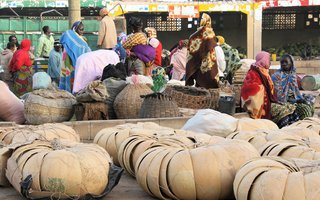 ‘Mali On The Brink’ is the latest in our series of ‘Local Voices for Peace‘ reports, the aim of which is to raise the profile of civil society perspectives on peace and conflict.

Mali is facing escalating violent conflict that has spread from the peripheral Sahel regions in the far northwest to the centre of the country. Several interlinked micro-conflicts are causing communities to fragment into competing armed factions, with mass atrocities becoming increasingly commonplace.

This report presents the findings of Peace Direct’s ‘Peace Exchange’ that took place in Bamako in May 2018, bringing together 20 representatives from Malian grassroots peacebuilding organisations to discuss the drivers of violent conflict, and the local capacities that exist to build peace.

Recognising the unique advantages that local peacebuilding organisations enjoy, as well as the very significant challenges that they face in Mali, this report puts forward a number of key recommendations for national and international actors, including investing in civic education and infrastructure, and enhancing dialogue between the state and civil society actors.

The report in full, as well as an Executive Summary with the key findings and recommendations, are available below: