Atrocity prevention refers to a broad range of tools and strategies which aim to prevent the occurrence of mass killings and other large scale human rights abuses committed against civilians.

Atrocity prevention refers to a broad range of tools and strategies which aim to prevent the occurrence of mass killings and other large scale human rights abuses committed against civilians.

Although there are close similarities between atrocity prevention and many of the tools used in conflict prevention, there are also important differences.

Whilst the large majority of mass atrocities occur during armed conflicts, a significant number of instances of mass atrocities (one third of all cases since 1945) have in fact occurred in 'peacetime' contexts. What this means is that conflict prevention strategies which are focused on preventing armed conflict without addressing latent social conflict may not alone be enough to prevent mass atrocities. Furthermore, even in situations of ongoing armed conflict, where by definition conflict prevention has failed, work can still be done to prevent the occurrence of atrocities. Whilst in some contexts, resort to armed violence may appear to have some legitimacy- as a means of self-defence or of resisting oppressive rule, for example- atrocities on the other hand are never legitimate or justifiable.

Broadly speaking, atrocity prevention activities can be divided into three different spheres- those of prevention, response and recovery.

Following the horrors of Rwanda and the Balkans in the 1990s, the early 21st century has seen a growing recognition from the international community of the need to take action to prevent mass atrocities occurring. In 2005, all member states of the United Nations committed to the Responsibility to Protect (R2P) doctrine, a commitment to prevent genocide, war crimes, ethnic cleansing and crimes against humanity. In 2011, President Obama declared that preventing mass atrocities was a core US national interest and a moral responsibility. He ordered the creation of the US government's Atrocity Prevention Board. Governmental and civil society networks committed to atrocity prevention have been developing in Latin America, Asia, Africa, and Europe.

It is also widely acknowledged that local actors have a crucial role to play in atrocity prevention, as they are often on the frontlines of atrocity situations and can act as ‘first responders’ to warning signs or trigger events. Atrocities also often have deep historical roots, and local actors are usually best placed to understand and devise sustainable solutions to those legacies. Outsiders may struggle to grasp the historical legacies fuelling atrocities, and as a result impose solutions that fail to adequately address the structures of exclusion and violence which facilitate the perpetration of atrocities. International interventions should therefore as much as possible aim to develop local capacity and support local ownership of atrocity prevention strategies. 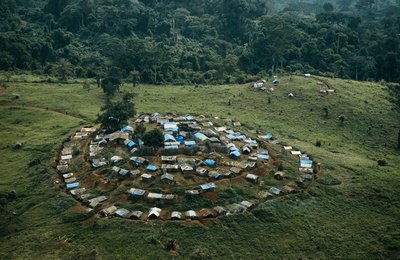