07 July 2014: Pieter Both and Wim Zwijnenburg, from PAX, discuss the long term health and environmental impacts of Syria's civil war. Syria's ongoing civil war has already resulted in over hundred-and-fifty thousand casualties and has brought enormous destruction in cities and towns all over the country. Apart from the direct impact of the armed conflict on the lives and livelihoods of Syrian citizens, health and environmental impacts are emerging as problems that deserve immediate as well as long term attention.

This war leaves behind a toxic footprint resulting both directly and indirectly from military origin contamination, such as by heavy metals in munitions, toxic residues from artillery and other bombs, the destruction of buildings and water resources, the targeting of industrial zones and the looting of chemical facilities. The scale of military activity in Syria over the past three years suggests that contaminants and indirect pollution will have a long-term toxic legacy for the environment and can contribute to widespread public health problems for years to come.

Amid prolonged violence, it is too early to assess the full scope of hazards to human and environmental health across Syria formed by toxic or radiological substances that result from munitions and military activities. However, early mapping as part of PAX’ new desk-top study on Syria already reveals a range of problems in certain areas.

Certainly, the intense use of large calibre weapons in the prolonged siege of cities such as Homs and Aleppo has dispersed a variety of munitions with known toxic substances such as heavy metals, explosive residues from artillery, mortars and home-made weapons containing known carcinogenic materials such as  TNT and RDX, as well as toxic rocket propellants from a range of missiles launched by both the Syrian army and opposition forces.

The best known example, the so-called ‘barrel bombs’, contain hundreds of kilograms of TNT, RDX, or other energetic materials, which often don't explode and could result in local contamination if not properly cleaned-up. Similarly, the improvised manufacturing of munitions in rebel-held areas involves the handling of a range of toxic chemical mixes, which requires professional expertise and safe working environments mostly absent in the DIY weapons workshops of the Free Syrian Army. The involvement of children in collecting scrap materials and in production processes poses significant health hazards to this particular group.

Add to this the risk of exposure to pulverized building materials, which may contain asbestos and other pollutants. Toxic dust particles can be inhaled or ingested as they often end up inside homes, in water resources and on vegetables. In areas such as the destroyed Old City of Homs, where displaced civilians have begun to return, building rubble and toxic dust from explosives is widespread, exposing the local community and aid workers to potential health hazards. Furthermore, the absence of waste management in violence-stricken urban areas across Syria prevents communities from ridding their neighbourhoods from toxic substances could have a serious impact on their well-being.

At the same time, an environmental and public health catastrophe is visibly in the making in Syria’s oil-producing regions, where an illegal oil industry is now booming, resulting in unskilled rebels and civilians working with hazardous materials. Primitive extraction and refining processes by local factions in rebel-held areas are causing the spread of toxic gasses, water and soil pollution, thereby affecting local communities. Through the smoke and dust that is spread by the unregulated, unclean extraction and refining operations and leakages that pollute the scarce groundwater in what is traditionally a region of agriculture, the crude refineries’ pollution is spreading to the surrounding desert villages.

Already, reports from local activists warn of oil-related diseases spreading in Deir ez-Zour. According to a local doctor, “common ailments include persistent coughs and chemical burns that have the potential to lead to tumors.” For the foreseeable future, civilians in the region affected by these problems face serious risks of exposure to toxic gasses while vast areas may be becoming unsuitable for agriculture.

Still unclear in this early stage of our research are the potential humanitarian and environmental consequences of the targeting of industrial and military sites and stockpiles. The Sheikh Najjar industrial city for example, until recent clashes home to thousands of Internally Displaced Persons from nearby Aleppo, has seen heavy fighting between government and rebel forces. The risk of civilian exposure to stored toxic substances in such an area is a cause of concern, be it by the targeting of on-site facilities or by refugees being forced to stay in a hazardous environment. impact of conflict on health and the environment urgently deserves a more prominent role in assessing the long-term consequences of wars, both from a military perspective regarding the toxic footprint of certain conventional weapons and from a post-conflict assessment point of view, which should include more awareness on securing and monitoring of health and the environment.

As partners in the TRW Network, PAX intend for the current study to help contribute to this by laying the groundwork for field investigations and helping identify the environmental and health hazards faced by Syrian civilians.

Great article! I would like to distribute this through our media network of 3600 mainstream editors. I can't include the full code of attribution, but I can include the "This article was originally published on Insight on Conflict" portion. Would this be alright?

Edifying article about the often-overlooked consequences of going to war, for the so-called winners as well as for the losers. Such a heavy toll to pay, for years to come, should trigger the question: was it worth the fight?

Michele Antaki, of course nothing is worth the fight. Syrian people did not voluntarily pick up arms. If you remember, the revolution started with completely peaceful demonstrations in March 15, 2011, but it was till the end of 2011 when Syrians picked up arms to defend themselves. This was a direct result of the brutality of the Syrian regime against demonstrators and the failure of the UN to protect civilians under chapter 7 due to the Russian and Chinese veto, even though the death toll was over 10,000.

Hello every one,My Name is Kazim Rajiha,I am 16 years old from Aleppo Syria.My both parents were killed a week ago in a rebel attacked.I am looking for a honest person to be my guidance(father,mother,sister,brother) to be my business partner to invest my late father deposited funds of $5million usd.I have all proof of deposit with me. Iam willing to offer you 40% of the income we make.contact me via (kazimrajiha11@gmail.com) I will love to go back to school and start a new life as the life here is very rough you can reach me via my private email,honest person only please 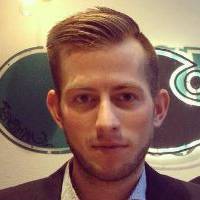 Pieter Both works as a researcher for Dutch NGO PAX (formerly IKV Pax Christi) on toxic remnants of war in Syria. He holds an MA in Conflict Studies and Human Rights and has an active focus on Lebanon, Syria and Iraq.

Read more from Pieter Both 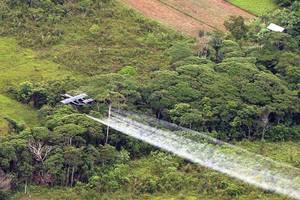 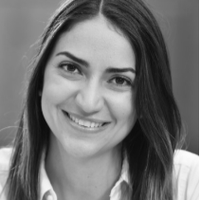