11 June 2015: Dilan Okcuoglu talks with people living in the borderlands of Turkey and Iraqi Kurdistan about how 40 years of conflict have affected their lives, and how local zones for peace can provide space for grassroots peacebuilding. “Stone houses saved our lives. Thanks to these houses, village guards and soldiers could not kill us, and demolish our houses… Even today, when we get some thick and nice smell from the outside, we still think of it as a sign of chemical weapons,” says a middle-aged woman from a small town located along the borderlands of Turkey and Iraqi Kurdistan.

40 years of conflict between the Turkish government and the Kurdish guerilla movement (PKK) have imbued everyday life in the borderlands with a constant sense of threat. Regular military controls at checkpoints; military bases in the hills surrounding villages; and surveillance over Kurds at entrances and exits by thermal cameras mark out the territory of control in contested borderlands. Intimidation and violence is embedded in every daily encounter.

Kurdish towns and villages, especially those in the borderlands, have become the epicentre of war. In Turkey, the state has evacuated approximately 4,000 villages and displaced more than 3 million of Kurdish villagers to urban areas. The enforced displacement of Kurds changed the political geography disrupted the social fabric of the Kurdish region - resulting in a tremendous increase in poverty, insecurity and vulnerability.

People called for justice and reconciliation to restore collective dignity
It is in this context that I have conducted research seeking to find answers to questions such as: how do Kurds living in the borderlands remember the 1990s, when extrajudicial killings were carried out in middle of the street during the day? How do they cope with these experiences, such as torture, extrajudicial killings, disappearances, village evacuations, where the ghosts and shadows of the 1990s are still wandering around? What are the effects of abandoned houses, the remnants of their properties and burned trees in their presence?

Occupied with such questions, I stayed twelve months conducting open-ended and structured interviews in the borderlands. Participating in the everyday life of Turkey’s Kurdish borderlands offered opportunities to gain a broader perspective on local manifestations of war, violence, and peace. The field research started right after the beginning of the peace process between the Turkish state and the PKK in December 2012.

During my stay in various villages I discovered the narratives of people’s quest for an end to protracted conflict: “We demand an honourable peace from the state. This is our right to ask after forty years of struggle,” said a politically active woman, emphasising her reluctance to accept any peace agreement that does not restore dignity.

In most of the border towns, people found survival strategies against the coercive practices of policing activities. Victimisation and violence also turned many of these people into political agents who want to take back control of their lives. Despite its difficulties, arising from the unpredictable and volatile life in the borderlands, Kurds were still optimistic about the ongoing peace process. They just want their plea for peace and justice to be heard and ascribe legitimacy to the process only if it can respond to their demands for a democratic and autonomous life.

A lack of trust in the state came across in most of the interviews. People called for justice and reconciliation to restore collective dignity. They mostly speak against the state and sided with the Kurdish movement for whom they are 'freedom fighters'. “They burned twenty houses in front of us. We had to lie down to the floor, we could not even lift our head,” one respondent said. “When soldiers beat us to the death, I screamed the earth down” added a 70-yeas old Kurdish woman. “The state left us dispossessed. We were like slaves for them. I want to send my greetings to guerillas and their mothers who have always been the driving force of this struggle against state.”

In these zones that are territorially defined by an agreement, certain acts are prohibited and/or encouraged. They are created and sustained for the representation of local demands for peace based on the rules of the communal life that is collectively created by local actors. There are examples of such zones of peace in Peru and Ecuador, and many others in Colombia and Philippines.

Under different circumstances, the local zones of peace take different forms and serve different ends. These zones offer a platform in which people are encouraged to speak about the practical issues concerning their everyday life: whether they are satisfied with the ongoing peace process; what they mean by honourable peace; whether they have access to their villages, properties and plateaus some of which were forcefully turned into military restricted areas and used by the Turkish Army Forces for two decades.

The political salience of these zones comes not only from their potential to give voice to local communities but also to serve as one of the transitory mechanisms enabling change from a culture of suspicion, violence and threat to one of of peace, trust and dialogue. If certain infrastructural measures are taken, these zones might turn into fertile areas against the purview of the states’ territorial policing used for the creation of the spatial regimes of power and control, which are pervasive in the Kurdish region. In this sense, the creation of local zones of peace might ensure the opening of a protected space for the fair and just work of local peacebuilding mechanisms so that the violent conflict can be mitigated at a certain level, even if it cannot be eliminated.

In the context of violent conflict, any peace process, which is executed top to bottom, fails to mitigate conflict. For instance, peace zones in Bosnia-Herzegovina failed to give incentives to warring parties to disarm because these zones were constructed by international organisations, which had no leverage on local people. By contrast the peace zones established in the Philippines and in Columbia were largely, if not wholly, driven by grassroots processes with essentially logistical support from national and international NGOs and funding organisations.

Formal state practices leave no room for the introduction of grassroots mechanisms
In the Kurdish case, I rather propose the construction of peace zones as complementary to the establishment of truth commissions. From a people-centric perspective, the state needs to provide more incentives to convince people that this is going to be a fair and just process with a democratic output at the end. In order for that to happen, the actors responsible for the mobilisation and representation of the people in these zones must be democratically elected and people’s demands for a transparent and democratic peace process must be taken into account. For instance, the involvement of international actors as mediators can be an option to overcome deadlock and move to the next step in the process.

Democratic and collectively autonomous representation of Kurds can be achieved if it comes through democratic mechanisms. People have strong reasons for being suspicious about state policies, hence national calls for peace, as aptly expressed in the words of one interviewee whose name was on a death list in the 1990s: “after witnessing all those massacres and living in the fear climate for years, nothing can bring our inner peace back”.

The appeal to people-centered views, or the so-called indigenous approaches, to peacebuilding comes from the fact that it offers people a sense of agency and empowerment. Without changing the everyday life of local people and creating a platform through which they can voice their concerns, grievances and demands, ongoing peace talks are more prone to violence and limited by the constraints of formal state discourse. After the recent clash between the Turkish army and Kurdish militants the peace process might come to a halt if it stays restrained by the will of a small number of actors.

Since 2012, the process has been locked more into the formal state mechanisms and less into the grassroots processes and local initiatives. In the absence of local voice, memory and representation, formal state practices reproduce demeaning discourses regarding Kurds and the Kurdish political movement. As such, it leaves no room for the introduction of local grassroots mechanisms resting on the collective action of the targeted groups of the violent conflict. As long as the peace process does not draw on Kurdish people’s accounts for justice and honorable peace, then the Kurdish borderlands appear to remain the landmark for the contestation between the army and the Kurdish movement.

Perfect and I like the article as peace study student

Really insightful comment that involves voices from the area which have been mostly unheard. Looking for other texts by the author. 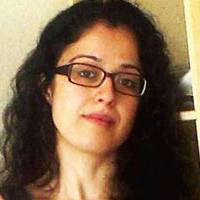 Dilan Okcuoglu is a PhD candidate studying comparative politics and political theory at Queen’s University in Canada. She has an interdisciplinary background in economics, politics and philosophy. 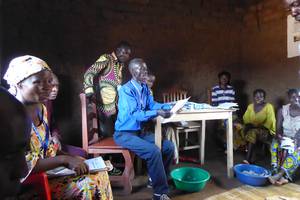 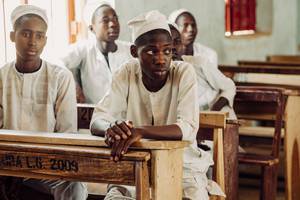