28 November 2017: As Zimbabweans celebrate the end of an era, the country's new President Emmerson Mnangagwa has vowed to serve all citizens. Zimbabwe's civil society responds with a set of expectations and requests for his new government.

We, the undersigned civil society organizations based and working in Zimbabwe welcome the peaceful and smooth transition in the presidium currently underway in Zimbabwe. We congratulate the incoming President and all members of his emerging government. It is our hope that this transition will usher in a new era in Zimbabwe based on the recognition of all fundamental rights of all people, respect for the rule of law and adherence to the Constitution of Zimbabwe. We, as civil society, wish to express our commitment to work with government in all efforts that are aimed at ensuring peace, development, respect for human rights and fostering the rule of law in our country.

We also wish to draw the attention of the incoming President and all members of his emerging government to the following five key issues we strongly feel are critical in the realization of our shared vision of a new, progressive and better Zimbabwe:

1. A commitment to inclusive, representative politics and free & fair elections:

On behalf of all citizens, Zimbabwe civil society calls upon the new President and his government to create an environment conducive to the holding of free, fair and credible elections, managed by a fully independent electoral body. We also appeal to the new President and his government to ensure the establishment of a genuine constitutional democracy with a clear separation between party, state and security sectors. Our hope is that the new government will be able to foster national unity based on the recognition that Zimbabwe belongs to all its citizens regardless of colour, ethnicity, tribe, gender, age or political affiliation. We urge the incoming President to guarantee inclusivity and transparency in the process of rebuilding our nation. It is our hope that the new government will be created based on the involvement of all Zimbabweans, including those outside the ruling party and beyond the political realm.

2. A commitment to constitutionalism and the rule of law:

We support the government’s pledge to respect and honour the (existing) Constitution of Zimbabwe and to uphold the rule of law. We therefore call upon the new government to abide by the (existing) constitutional requirements for term limits for the presidency. We also hope that the new government will ensure that there is a public commitment by security forces to respect the outcome of elections regardless of the liberation credentials of the successful party or candidates.

3. A commitment to human and economic rights for all:

We strongly believe that no political transition can be complete without fulfilment of the obligations to respect and promote the enjoyment of all human rights by all people regardless of race, ethnicity or political affiliation. These fundamental rights, including freedom of association, expression and right to a fair trial should be extended to all including those recently detained. It is also vital that freedom of speech is respected, and that there is a reversal of recent measures to censor the traditional media and social media. Human rights should also be understood in an inclusive way that recognizes the economic rights of Zimbabwean citizens. In order to safeguard human rights going forward, independent constitutional commissions such as the Zimbabwe Human Rights Commission should be empowered to carry out their constitutional mandates.

Civil society believes that a key part of any process of democratic transition is that the government be civilian-led as set out in the constitution and that this is true in practice as well as in theory. This will involve a quick return to barracks for the military, and a commitment that there will be no further military interference in the government, with no military leaders appointed to civilian political positions, and a commitment to non-violent politics before, during and after elections. To further strengthen the re-assertion of civilian rule, there should be a public commitment that all security forces are meant to serve and protect all the people of Zimbabwe without fear or favour. We urge the new government to urgently engage in security sector reform in order to build more capable, neutral and professional security services.

5. A commitment to reconciliation and national healing:

Lastly, we urge the incoming President and his government to make good on the opportunity to build a new and more united country that is before them. We believe that the new, united and prosperous Zimbabwe should be built on the firm foundation of sincere acknowledgment of past wrongs and earnest efforts to ensure national healing. We wish to draw the attention of the new government to such past wrongs as the early post-independence Matabeleland massacres or Gukurahundi, violent land seizures, Operation Murambatsvina and the politically motivated violence in our past elections which continue to cast dark shadows over our nation. We strongly urge the incoming President and his emerging government to commit fully to a genuine people-driven national healing process that addresses these issues, puts an end to the culture of impunity, and charts the path of the nation to peace and prosperity. 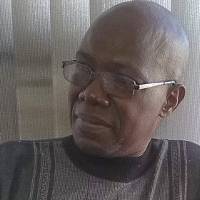 Edward Chinhanhu is Peace Insight's Local Peacebuilding Expert for Zimbabwe. A peace activist and fellow at the Institute for Justice and Reconciliation in Cape Town, he has an MA in Peace and Governance, and also studied for a postgraduate diploma in governance and public policy in the Hague. Edward is a Rotary Peace Fellow of Chulalongkorn University, Bangkok, Thailand.