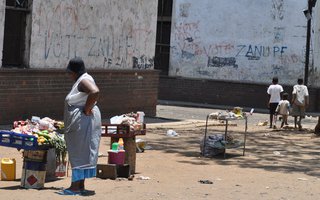 Recent events in Zimbabwe, where the army drove tanks into Harare “to address the political, social and economic situation that could have ended in violent conflict”, while placing President Mugabe under house arrest and proclaiming that it was not a coup, have been met with mixed feelings by various sections of Zimbabwean society.

In taking over power from the President, the army has stated categorically that they are doing this temporarily, just to cleanse the ZANU PF party of people it perceives as being against the revolutionary ethos of the party, mostly cabinet ministers and other high ranking personalities without liberation war credentials.

This move, and the words preceding and following it, all point to an army that is ZANU PF in nature (which should be unconstitutional) and is not intended to address citizens’ suffering.

It is perhaps in light of this that some organisations, particularly those in the legal sphere, have issued a statement calling for a return to adherence to the constitution of the country. These organisations, under the umbrella of the Zimbabwe Human Rights NGO Forum, have expressed grave concern over the recent developments in the country and referred all concerned to the Constitution of Zimbabwe.

This provides for foundational values and principles upon which the country is established, including supremacy of the Constitution, the rule of law, fundamental human rights and freedoms, good governance, recognition of and respect for the liberation struggle, among others.

Members of The Forum have called upon all stakeholders to adhere to their constitutional mandates and to conduct their duties guided by the Zimbabwe Constitution “in a manner that reflects the resolve of Zimbabweans to live as equals in liberty, peace and harmony, free from fear, and in prosperity”.

After 37 years of unchallenged power, the army has demonstrated that Mugabe can be challenged

Outside of the Zimbabwe NGO Human Rights Forum, other civil society organisations have received the developments with open arms. After 37 years of unbridled, unchallenged power, the army has demonstrated to all that Mugabe is not omnipotent, and can be challenged.

It is in this vein that a large chunk of civil society has viewed the coup as an act of great courage by the army, and as a sign of hope for the suffering masses. Social media was flooded with latest developments, some of it quite outrageous. Many see this as a rare opportunity for a fresh start, in a country with great potential (not only by African but by world standards) but high unemployment, a dead industry, high death rates in hospitals and countless other ills.

To add to that, the coup has been bloodless, except for three victims, the bodyguards of one of the culprit ministers, who were shot dead at the minister’s residence. Otherwise, people have been going about their business as usual.

To all intents and purposes, it had all the ingredients of a "Thai coup". In which schoolchildren break out of classrooms and run into streets to climb on tanks and squeal and dance, while workers peep from open windows and others go about their shopping.

Opposition political parties also are seizing the opportunity to reach out to each other to build a rare social contract that will unleash the country’s full potential, to seriously address the teething problems the country faces.

They, along with civil society, say they are ready to support the military if they give citizens the opportunity to register to vote in the next election, and extend the vote (in 2018) to all Zimbabweans, including those in the diaspora, aliens born and bred in the country, whom the Mugabe government had disenfranchised.

The army, they say, should ensure that no one has a higher claim to citizenship on the basis of tribe, race, age, gender, or liberation war credentials, as was the case in the Mugabe era. In short, they say this is the fresh start the people hope to see, and which underpinned the liberation struggle.

What stands between the nation’s hope and further despair is the extent to which the army keeps its promises of nonviolence, voting rights, respect of the vote outcome and the cessation of power when the people have voted

The hopes for a fresh start are especially bastioned by rumours that have been rumbling for close to one year now; that Mnagnagwa and general Chiwenga’s plan was to include members of the opposition in the Mnangagwa-led government, and talks to that effect had been going on for some time. This has the effect of diluting the liberation war credential with civilian intellect and popularity, which augurs well for business, democracy and prosperity.

With the worsening economy, civil society has been pushing for a National Transitional Authority, composed of different parties, to run state affairs until elections, and the army would be in the right direction to democracy if it seized this opportunity and opened space for that.

If, however, the army decides to remain in power until after the ZANU PF congress in December, as it has stated, what stands between the nation’s hope and further despair is the extent to which the army keeps its promises of nonviolence, voting rights, respect of the vote outcome and the cessation of power when the people have voted. But for now, all hopes are pinned on the action taken by the army.

Of particular interest is civil society’s reluctance to have the regional body the Southern African Development Community (SADC) and other external bodies interfere. President Jacob Zuma, as Chairman of SADC had dispatched dignitaries to come and facilitate dialogue between Mugabe and the army, but as I write this, there are reports that the SADC officials have been refused entry at the Zimbabwe airport by the army.

Zimbabwean civil society, perhaps sceptical over past failures by South Africa, and mistrust, have come out in full support of the army. They say this should be their case to solve, without regional interference.

Conflict prevention and early warning Culture, media and advocacy Human rights Dialogue and mediation Atrocity prevention Governance
Disclaimer: The views expressed in this article are those of the author and do not represent the views or position of Peace Direct.