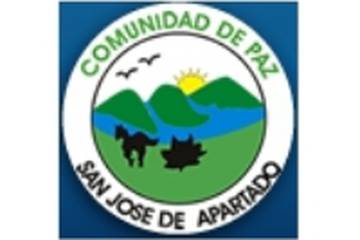 The Global Campus and the Peace Community San José de Apartadó, Colombia - by Ede Müller from Grace Media on Vimeo. This video is also available in Spanish.

The Comunidad de Paz de San José de Apartadó (Peace Village of San José de Apartadó) is a community of around 1,500 people in north-west Colombia that are committed to cooperative living and non-participation in the violent conflict in Colombia. The community, with its roots in farming, has existed since the 1960s and in 1997 declared itself a 'Peace Community'.

The charter of the village declares:

Unfortunately, the commitment to peace of the members of the community has not spared them from the violence of the conflict in Colombia, and they have been repeatedly targeted for attack by military, paramilitary and guerilla forces. Since its founding, approximately 200 members of the Peace Village have been killed, including victims of 20 massacres by different armed groups. The Peace Village of San Jose de Apartadó is supported by Colombian and international human rights organisations in an attempt to help it avoid further violence.

The first Mayor of the Peace Village was Gloria Cuartas. There is a long interview with Gloria on the UNESCO page where she explains the story of how she became Mayor, and the terrible dangers the Peace Village has faced:

I had said that if I accepted the post of Mayor I would do so without weapons or an escort and that I would talk with all the armed groups, whether they were guerrillas, paramilitaries, the army or the police. This sparked off a reaction nationwide because mayors were not supposed to talk with armed groups.