Lebanon gained independence from the international mandate system in 1943.Composed of many communities including Shiites, Sunnis, Druze and several Christian sects, difficulties emerged from the attempts to address religious and other differences about the identity of the country and its role in the Arab World.

A civil war was sparked in 1975 by a right-wing militant attack that killed 27 Palestinians. The war involved secular leftists, right wing Christian militias, the PLO, Muslim and Druze fighters, Syria, Israel, and their proxies. Syrian troops entered Lebanon in 1976 and dominated its policies till 2005 when prominent Sunni Prime Minister Rafic Hariri was assassinated; and Israel invaded as well, prompting the deployment of a UN peacekeeping force.

The Ta’if Agreement ended the conflict after 14 years, which left 200,000 dead and more than 17,000 missing. Many have still not been found. Widespread disarmament did not include the Shi’ite Hezbollah militia, who fought against Israel and regained control of South Lebanon. Further conflict took place in 2006 in an Israeli war that affected all Lebanon's infrastructure. 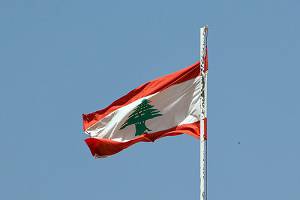