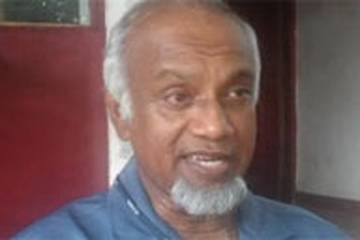 Through two national networks of community based and non-governmental organisations, Samadeepa have been working towards positive conflict transformation in Sri Lanka. Their efforts have been focused on the promotion of peace and good governance, the strengthening of civil society, and the empowerment of the nation's people.

Samadeepa Samaja Kendraya was officially registered in 1980, though its roots stretch back to 1973, when the Jaffna Secretariat Buddhist Association, which published a magazine named 'Samadeep', aimed at promoting inter-racial harmony and inter-religious understanding. The term ‘Samadeepa’ has two meanings: on one hand it means ‘Light of Peace’, and on the other it means ‘Land of Peace’. Therefore, it defines itself as an organisation that brings light of peace for a land of peace.

In the national networks, Samadeepa has brought together the four main religious groups in Sri Lanka and established a location as a spiritual base for all the religions. This is intended to be a place where all religions are treated equally and discussions are conducted with the contribution of all religions. This is a major achievement in the perspective of the ethno-religious divisions in the country.

As an organisation, Samadeepa has learnt that cultural traditions and roots are extremely important in all peacebuilding and social harmony endeavours. The activities conducted by organisations have more potential to be successful if they draw from and respect the cultural roots of the relevant group of people.