More than 4,400 people have been killed and thousands more injured in Thailand’s southern border provinces since a long-running separatist conflict reignited in 2004. Since then, attacks on civilian and government targets have been widespread, including state officials, the security forces and local village populations.

The violence has almost exclusively been centred on the provinces of Yala, Pattani, Narathiwat and, to a lesser extent, Songkhla. Prior to 2004, the southern insurgency was largely driven by separatist organisations such as the PULO and the BRN. These organisations articulated clear objectives and grievances, based on a desire to protect a unique identity formed through a historical connection to the kingdom of Patani. This was annexed by Thailand in 1902; the PULO and  BRN sought to protect their identity against the perceived aggression of a Thai government determined to maintain and enforce its preferred notion of an overarching Thai Buddhist identity. While the PULO and the BRN were largely defeated after a protracted insurgency, the grievances behind the insurgency were never addressed, leaving the way open for a resumption of hostilities

The post 2004 environment has seen the insurgency morph into a different kind of conflict. Where opposition was once centred on the PULO and the BRN, it has since dispersed into a wide variety of decentralised groups. In this context, violence has been perpetuated by loosely associated cells, acting relatively autonomously and only linking up when needed. With attacks often unclaimed by any particular group, fully understanding the context of the insurgency in its current form has been a difficult task for researchers.

Another new aspect to the conflict has an increase in religious overtones to the violence. Following 9/11, this was was interpreted as a sign that Thailand’s southern militants were moving away from the grievances of their forebears towards a militant Islamist ideology. However, the evidence available still points towards an insurgency driven by a desire to protect a local identity, at odds with the prevailing governmental notion of national Thai identity.

Critics of the government argue that its response to the southern insurgency has demonstrated a misunderstanding of the nature of the violence, with a lack of appreciation for the depth of those grievances only leading to further violence. The result has been a hard military response, often resulting in human rights abuses. Measures have also included the enforcement of emergency rule, giving security forces extended powers of arrest and immunity from prosecution, aid programmes and the implementation of state run re-education and religious camps.

Thailand has been beset by political instability since the elected government of Prime Minister Thaksin Shinawatra was ousted in a military coup in September 2006 following disputed elections and a long period of street protests. The country has struggled to rebuild a functioning democratic system, with opposing political groups often taking to the streets and bypassing the parliamenty system to call for change.

Against the backdrop of the deteriorating health of the country’s revered 83-year-old king, Bhumibol Adulyadej, years of political tensions have uncovered stark political, social and ideological divisions, which have, on occasion, led to bombings and arson attacks and deadly clashes on the streets between opposing protest groups, as well as between protesters and security forces. Despite prime minister Abhisit Vejjajiva’s 2008 promise to give high priority to the conflict in the south, there has been considerable violence since 2009. 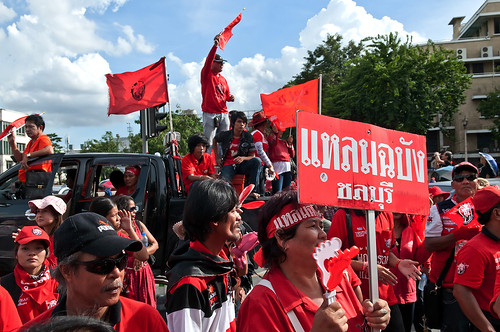 Image by Ratchaprasong 2 published under a creative commons license

A lethal government crackdown on protesters in early 2010 left nearly 100 people dead and 1,900 injured in the worst political violence in Bangkok in nearly 20 years. No one has been held responsible for those deaths and official inquiries into the incidents have been inadequate.

Elections in July 2011, the second national polls to be held since the 2006 coup, returned a massive victory for the pro-Thaksin Pheu Thai (For Thais) party, led by Thaksin’s younger sister, political novice Yingluck Shinawatra. Fears that the military would intervene to prevent Pheu Thai from taking power did not materialise. But in an increasingly polarised country, concerns remain over the fragile peace that exists between the two political camps seeking to steer the country’s political future. Talk of a deal cut between Thaksin and the military which would leave the armed forces beyond government jurisdiction is concerning. If the current government is hampered in its efforts or turns its attention inwards and away from the democratic objectives it publicised in its election campaign, then further street protests are likely. Similarly, any moves to whitewash Thaksin could lead to a resurgence in anti-Thaksin demonstrations and efforts to compel the military to intervene once more.

Despite talk of reconciliation and efforts to rebuild confidence in the rule of law and the democratic system the country remains bitterly divided and there are wide held fears that the potential for further violence is increasing the longer the search for a political resolution goes on. 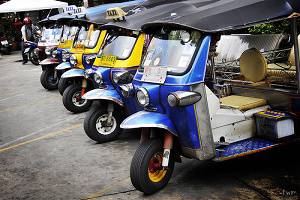