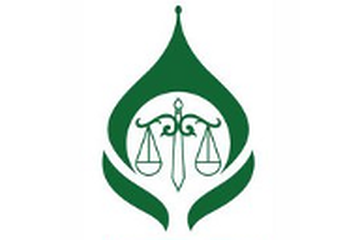 The Muslim Attorney Council (MAC) was formed in 2004 by Muslim lawyers who wanted to provide legal aid to those unable to afford legal council, those deemed to have been treated unjustly by the state or facing other security charges.

MAC also works to raise awareness on human rights issues and the law, as well as coordinating with human rights organisations within and outside Thailand and recruitin pro bono human rights lawyers to provide legal aid. The organisation provides those accused by the state of involvement in militant or insurgent activity with access to justice processes.

MAC works to ensure that southern villagers are educated on their basic civil and political rights. This includes ensuring they are equipped with the knowledge of that their rights are, protecting their community from injustices, and seeking legal recompense for any acts of injustice.

MAC’s work is focused on the Muslim-majority southern border provinces of Yala, Pattani, Narathiwat and Songkhla. MAC was initially headed by Somchai Neelaphaijit under the name the Muslims Lawyer Club of Thailand. However, in 2004, Somchai was forcibly disappeared and the number of security cases in the southern border provinces has increased dramatically since then.

Until now, MAC has received more than 1,000 complaints and more than 400 cases are pending in the courts under the MAC legal aid program. In 2008, MAC was recognized as an Outstanding Human Rights Organization by the National Human Rights Commission of Thailand. In the same year, the Southern Paralegal Advocacy Network (SPAN), affiliated with MAC, was also given the SVN Award on Outstanding Youth in recognition of its work to provide a network of Muslim youth to work as paralegal staff for MAC.