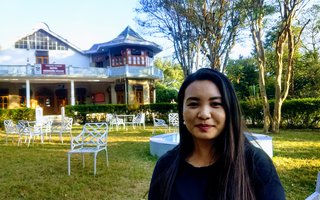 As Tibetans in 26 countries voted in the parliamentary elections on April 11th, suspense grew as to who would be the 45 new parliamentarians in exile for the Central Tibetan Administration (CTA), located in Dharmashala, India.

The preliminary polls were held on January 3rd, 2021, and the final results are expected on May 14th, 2021. The process is to elect the fifth Sikyong (President of the CTA), and the 17th Tibetan Parliament-in-Exile (TPiE). 83,079 Tibetans voted in exile.

Two young parliamentary candidates who made it to the final are Tenzin Jigdal and Tensing Kalsang. Tenzin grew up between India and the UK, and his activism began with campaigning for the Students for Free Tibet (SFT) at a UK high school. In 2013, he became the STF Campaign Director and was chosen as the International Coordinator for the International Tibet Network in 2014. Tensing was born and raised in India, and since 2015 has been Co-Editor of the Tibetan Feminist Collective, a feminist magazine. In 2018 she co-founded Drokmo, an organisation working on gender issues.

In a world that is witnessing violent extremism, armed conflicts and war, Tibet’s movement for freedom remains non-violent and democratically led. I recently spoke to Jigdal and Kalsang to get their take on recent developments, and what the future has in store for Tibet and its people:

Q: As refugees growing up in exile in India and the UK, what does being a Tibetan mean to you?

Tenzin Jigdal: For me Tibetan identity is not only about being a refugee but also about a movement for a free Tibet. One has to take into consideration Tibetans who live inside Tibet, where China’s occupation of our country plays into our identity. As refugees, we have people scattered all over the world – a new generation that has different influences. We have been brought up differently from Tibetans living in Tibet. Global influences, the way we speak, think or perceive the world around us is different from the first generation who left Tibet or those who still live there. There is a big wish within the community to preserve ‘pure’ Tibetan culture and language. The internal community and external influences cannot be overlooked and they come into play when I define myself as a Tibetan. Therefore, for me my understanding of identity is an evolutionary process. And evolution is vital for the movement. This forms a core essence of who am I as a Tibetan.

Tensing Kalsang: For me being a Tibetan means both having a sense of connectedness and separation from my culture. I see myself as Indian Tibetan. As much as I have received from India’s diversity, I have equally touched people around me with my culture which has added to their experiences too. This mutual sharing of culture is what makes me an inclusive Tibetan. I also see myself as someone with a responsibility to sustain the movement, to keep a record of history as it happens, and culture as it is shifting so that we are able to hold on to a vision that we have built from the past. 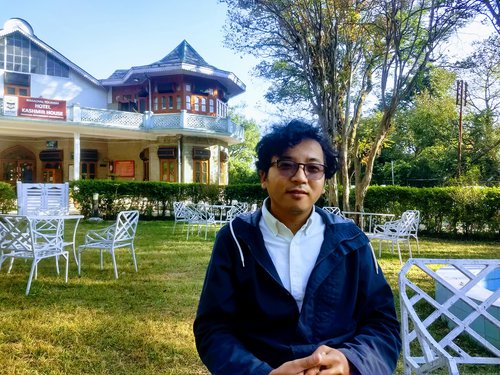 I also see myself as someone with a responsibility to sustain the movement, to keep a record of history

Q: Jigdal, you have been part of the Free Tibet movement since your student days in the UK. In light of the current nature of the Indo-China conflict, and as a new generation Tibetan, what is your approach to reconciliation nowadays?

Tenzin Jigdal: If you look at the Tibetan movement, and I have absolute clarity on this, so long as there is an essence of Tibetan consciousness within you, the struggle will always remain alive. There is no way it will ever be extinguished, because essentially what we are saying is that we are not Chinese. We are Tibetans. Historically, India’s borders were with Tibet. We Tibetans hold the view that the root cause of the border conflict in Ladakh is because of China’s invasion of Tibet in 1950. If Tibet and India come together to recognise each other’s mutual gains in challenging China, then India can ensure its borders in the Western Himalayas will remain secure. As a next generation Tibetan, I would like to work towards this idea.

The issue about division within the Tibetan community is a not a well-researched conversation. The diaspora has a dual responsibility for its own survival and the survival of the movement. The generation before us had genuine reasons to adopt the ‘puritan’ form of Tibetan identity, so as to protect it from being diluted. I may not advocate that, but I can understand. Therefore I want to include older generations with us; after all, they are not separate from us. I thereby strongly advocate for inclusion and dialogue in order to not only sustain ourselves, but the movement too.

Q: And for you Kalsang, as a next generation Tibetan, how do you envision the future? Where does peace fit into it?

We are the first generation of Tibetans who have the privilege to reflect, contemplate and carve a road map for our future. My parents did not have the luxury to do this. They were caught up in surviving exile, with neither the financial means nor any education. Now, we have a foundation beneath us, built by the generation before us. The older generation should give us the opportunity to take this forward, infuse it with a new energy and activate it for more engaging action.

Q. In your understanding what has worked for the movement and what needs to be strengthened?

Tenzin Jigdal: For any refugee, it is important to be in an environment that protects your identity. India gave us that opportunity. The best thing that happened was the building of our institutions, be it the Tibetan Children’s Village in Dharamshala for the many children orphaned as refugees,  or our parliament in exile. Our future roadmap is to revitalise and make our parliament more vibrant, infuse new ideas within the community, create partnerships, and include Tibetans from around the world in our efforts.

Q. The democratic process was instituted by the Dalai Lama in exile in 1960, which allowed the Tibetan people to elect their own representatives. You have contested the election here in India from your provinces in Tibet. What is your manifesto and vision?

Tenzin Jigdal: The Tibetan parliament is the most powerful expression of the Tibetan people. Their voices are heard on community matters as well as on the movement. It is encouraging that during this election, a lot of young people jumped into the fray. We all know each other and understand the needs of the movement. We have new ideas, enthusiasm and will, and we realise that there is an opportunity for us to advocate our ideas for the movement within parliament. Our parliament is a citadel of our hopes and aspirations, therefore I would engage with it on the issue of influencing Indian parliamentarians to start a dialogue with China. We, as Tibetan movement organisers or activists, will try to advocate in the coming years not just to India but also to other countries that to withdraw from the One China Policy.

It is encouraging that during this election, a lot of young people jumped into the fray...We have new ideas, enthusiasm and will, and we realise that there is an opportunity for us to advocate our ideas for the movement within parliament

Tensing Kalsang: I feel we have failed to engage with the youth in India. They are the future leaders. We need to build deeper relationships with them. The Sikyong system is just a decade old, and we are still growing as an electoral democracy. I was only 18 years old when the first Sikyong election took place. Now, a new generation of Tibetans will be walking into it. To strengthen our democratic process, we must build deeper relationships with Indian youth, and open channels of dialogue. This is an area I would like to focus on. The Tibetan youth is shifting the conversation. We may not be able to bring changes directly, but we will make sure to lay the foundations for change in the years to come.

Ashima Kaul is a founding member of the Yakjah Peace and Reconciliation Network, a network of Kashmiri professionals working on reconciliation and the empowerment of youth and women. A journalist by profession, she has participated in a number of national and international conferences, as well as training programmes related to women’s leadership, peace and security, conflict resolution, intra-Kashmir dialogue and peacebuilding. She has an active interest in inter-faith dialogue. As a founding member of Control Arms Foundation India, she also works on gun control and small arms and light weapons issues in Jammu and Kashmir.
Read more from Ashima Kaul

Culture, media and advocacy Dialogue and mediation
Disclaimer: The views expressed in this article are those of the author and do not represent the views or position of Peace Direct.

More on Culture, media and advocacy and Dialogue and mediation →