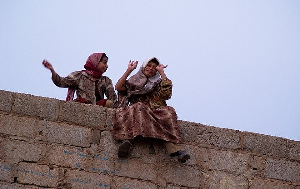 Yemen has a vibrant and healthy tradition of community politics and decision-making. Image credit: أسامة الإرياني.
After the bombing, a flood of aid workers will arrive, armed with the latest development buzzwords
At some point in the near future, the bombing of Yemen’s cities and on-the-ground violence taking place there will cease, opening the way for a flood of aid workers representing international organisations to arrive. They will bring with them welcome and much needed humanitarian assistance, as well as well-meaning consultants, armed with the latest development buzzwords and their own ideas of how to rebuild a country.

Models of governance, conflict resolution and micro-credit schemes that have been used elsewhere will be applied to Yemen with little consideration of how well they fit into Yemen’s social and economic environment. While immediate humanitarian relief may assist a harried population, the rebuilding efforts could easily damage the fabric of Yemeni society, thus completing the destruction begun by the combined efforts of former Yemeni president, Ali Abdallah Saleh, and the Saudi-led bombing campaign that began on March 26.

Although Yemen is economically the poorest country in the Middle East, it may be the wealthiest in social capital. Yemen’s limited experience with colonialism has left largely intact important tribal institutions that still prioritise mediation, egalitarian ethics, cooperation and respect for women, all of which can be effectively harnessed in rebuilding and crafting a democratic nation.

The vast majority of Yemen’s rural population, and a growing number of its urban population, self-identifies as tribal (qabayil). Yemeni tribes are territorial units organised into subunits, each with its own elected leader. They are best described as civil society organisations capable of mobilising groups of varying size to serve community needs. Schools, mosques and feeder roads to villages are all constructed to be affordable to the communities by mobilising local labour.

I heard a wonderful example of tribal cooperation at a meeting at Oxfam, Sanaa in 2004. Wanting to build a health center in an under-served rural community, Oxfam staff offered the community a proposal for a micro-credit scheme to raise capital for the project. When these plans were rejected, the disappointed development agents left, saying they would return in a month. On their return they found a health center built and awaiting staff to be supplied by Oxfam. Such stories abound throughout Yemen. By listening to the concerns of local people, similar organisational principles can be applied to postwar rebuilding of Yemeni communities. Another important form of social capital has supported Yemen’s beleaguered justice system by maintaining security in rural areas. This is customary law, a sophisticated legal system based on mediation and restitution, with a focus on due process. Physical aggression is not tolerated, even among children. Non-confrontational ways of expressing differences and protesting injustice are institutionalised in Yemeni society. These include the use of pithy rhyming phrases that synthesise the protester’s position and invite a similar considered response from his or her adversary.

2011 showed the extent to which respect for women has permeated all levels of Yemeni society
Historically, tribalism in Yemen has respected women. Although all legal systems – customary, Islamic law and State law – assume a woman’s dependence on her male kin, economic necessity counteracts the official ideology of male control. Gender segregation is rare in rural communities; women are active economic participants, and they benefit from multiple safety nets. The protection of women is the norm, and women are rarely victims of assault or targets of violence. Yemeni women’s assertiveness often surprises visitors. It is important to note that these attitudes towards women are traditional to Yemen.

The demonstrations of 2011 showed the extent to which tribal principles of cooperation, egalitarianism, due process and respect for women have permeated all levels of Yemeni society. Women were highly visible leaders and participants, as protesters from diverse groups and parties worked together. Yet Yemen’s tribal heritage is under threat. Tribal rules have broken down over the past 10-15 years in response to feuding and warfare in the north and to the extent that corruption and government co-optation of major tribal leaders have reduced their accountability to their constituents. Other threats include an imported, often externally funded, politicised Islam that perceives tribal heterogeneity, flexibility and reliance on consensus as divisive and the mobility of rural women as unacceptable. Ironically, Islamist views are perceived as ‘modern’ by young tribal Yemenis because they differ from local traditions.

Yemeni spirit and institutions have provided society with extraordinary resilience
Urban Yemeni and expatriate scholars, who have absorbed western visions of modernity and its assumptions that rural life is, by definition, conservative, patriarchal and incompatible with nationalism, also oppose tribalism, usually with little understanding of tribal life. Further, many southern Yemenis distrust northern tribes due to a history of raids in the past and more recent land grabs by corrupt tribal leaders acting at the behest of the Yemen’s ousted president. Finally, a month of merciless bombing by Saudi forces and their allies has polarised Yemen’s population with unprecedented sectarian animosity. The potential for civil war is real.

Experience elsewhere has shown the common practice of contracting relief work to external actors to be unsustainable, often leading to corruption and violence. The alternative is to contract local organisations staffed by Yemeni nationals familiar with the customs and concerns of the affected communities. Only with their input can sustainable models of national development be devised. The spirit and institutions that have provided Yemeni society with its extraordinary resilience can continue to do so if harnessed towards goals of rebuilding that all share.

[more_info_box] Insight on Conflict will soon be launching a new section on Yemen, with updates and profiles of local peacebuilding work in the country. Check back to find out more.[/more_info_box]

Najwa Adra is a Research Associate at the American Institute for Yemeni Studies. She has a PhD in anthropology and extensive research, development and consulting experience on Yemen.
Read more from Najwa Adra
Disclaimer: The views expressed in this article are those of the author and do not represent the views or position of Peace Direct. 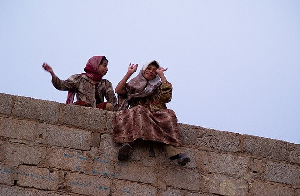