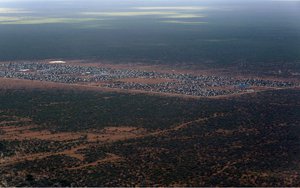 Amid growing security and terror related concerns originating from its Somali neighbor to the east, Kenyan authorities revealed last Friday plans to shut down its refugee camps within the next year and relocate all refugees outside of Kenya.

This decision includes Dadaab, the world’s largest refugee camp, spread across the barren desert landscape of north-eastern Kenya. It hosts upwards of 330,000 mostly Somali refugees, who fled their war-torn homeland in search of peace and security.

In addition to the threatened closures, the Kenyan government announced its intention to curb future asylum seekers from receiving automatic refugee status. If implemented, the measures will require new arrivals to individually argue their claim as to why they should receive protection - a reversal from the current mandate which automatically grants refugee status to those seeking refuge in Kenya.

Overt calls for the closure of camps and repatriation of refugees is not new in Kenya. Now, however, the government appears to be more serious
For decades, Kenya has committed itself to harboring vulnerable populations fleeing insecurity and violence, and it has been lauded for these longstanding traditions of hospitality and support towards asylum seekers.

But Kenya’s time-honored assurance to those fleeing from war and conflict has been swept aside as its own security vulnerabilities have been unearthed; priorities are now pointedly geared towards the protection of its own citizens at the expense of refugee populations.

Since 2011, Kenya has fallen victim to an upsurge in violent terrorist attacks on its home soil; the most notorious attacks occurring at the Westgate Mall in 2013 resulting in 67 dead, and Garissa University in 2015 leaving over 147 students dead. Kenyan citizens and authorities alike fear similar attacks in the future.

Overt calls for the closure of camps and repatriation of refugees is not a new phenomenon in Kenya. It was in the wake of the Garissa University attack in 2015 that Kenyan authorities first called for the closure of the Dadaab refugee camp. Similarly on Wednesday the Kenyan interior minister, Joseph Nkaissery, again referred to Dadaab as a growing security threat due to concerns that al-Shabaab is using the camp for recruitment activities and weapons smuggling. Now, however, the government appears to be more serious, formulating a timeline and budget, and disbanding the Department of Refugee Affairs.

If the Kenyan government were to move forward with such a plan, there would be wide-ranging and devastating consequences
This most recent threat to close Dadaab and other camps would leave refugees with no choice but make the perilous return home to war-torn Somalia and other parts of the region. It is possible that these new threats are simply a tool to intimidate refugees, as happened in 2013. Nevertheless, the implications of such a strategy would be incontrovertibly calamitous.

If the Kenyan government were to move forward with such a plan, there would be wide-ranging and devastating consequences. Not only would the closure of camps generate grave humanitarian conditions for the refugees themselves, but it would also intensify Kenya’s own security risks.

Oxfam, Save the Children, and a dozen other aid groups working in the camp urged the Kenyan government to reassess their plan, stating heightened propensity for instability and vulnerability of populations in the region.

In a joint statement, these groups alluded to the fact that “shutting down the refugee camps will mean increased protection risks for the thousands of refugees and asylum seekers – [the] majority of who are women, children and unaccompanied minors.” Furthermore, the move could potentially heighten risks for Kenyan citizens themselves.

Security, at a cost

Kenya has reaffirmed its commitment to security, but at what cost for the region and the hundreds of thousands of refugees that have called Kenya home for 25 years?
Confronting terrorism is the right choice, but the strategy in which Kenya has decided to fight it could have adverse consequences. The implications of such a plan would deprive refugees of basic needs, which could result in extreme levels of vulnerability and insecurity, making them ever more susceptible to al-Shabaab’s recruitment tactics. The closure of camps like Dabaab could actually fuel resentment towards to the Kenyan government, pushing young refugees directly into the hands of the terrorist organisations they are trying to dismantle.

Furthermore, from a legal standpoint, it could violate the principle of asylum and the international refugee law of non-refoulement- the international standard that forbids a host state from returning refugees to their country of origin where they face persecution. The closing of the refugee camps, and the subsequent repatriation of refugees, could directly violate this core tenet of the 1951 Refugee Convention.

All in all, such a move by the Kenyan government could have implications of historic proportions. In an effort to combat the growing threat of terrorism, Kenya has reaffirmed its commitment to the “security of [its] people,” but at what cost for the region and the hundreds of thousands of refugees that have called Kenya home for the past 25 years? 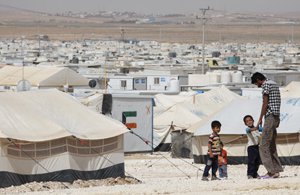 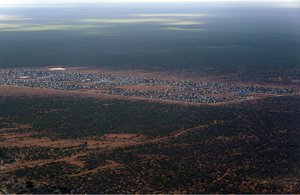