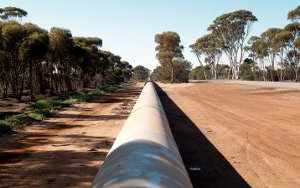 Resources are sometimes key factors in conflict (image credit: Andrew Parnell)
There is a general agreement on the fact that issues relating to environmental deterioration can trigger off a conflict in a region, but its capacity to provide a platform for co-operation and collaboration to meet common challenges is often underestimated
The environment – cause for concern or a source of hope? In recent years there have been numerous studies devoted to the increasing tendency of environmental degradation to give rise to conflicts or catalyse already existing struggles. But in attempting to find solutions to these problems, peacebuilders have begun to appreciate that environmental factors can play a key role in solving, as well as creating, problems.

Even though some of these circumstances may result only in a trade dispute, others can be more serious in nature and can contribute to or induce violent clashes. Such agitation is more likely to occur in areas where the environment has already suffered from serious depletion, for example, in Africa where many interstate and intrastate conflicts have been fuelled by the greed for resource extraction which has resulted in ecological depreciation.

Even though the scarcity of natural resources can be the root cause which may sometimes foster unrest between/within nations, resources can at the same time also play a vital role in peacebuilding. They help in developing long-term sustainable peace and are therefore important factors in the post-conflict period in order to encourage durable peace. The rationale behind the integration of environmental resources in the entire peacebuilding procedure is crucial.

There is a general agreement on the fact that issues relating to environmental deterioration can trigger off a conflict in a region but its capacity to provide a platform for co-operation and collaboration to meet common challenges is often underestimated.

Common environmental questions encourage people to come together, transcending regional, political or ethical differences. In regions where several communities are dependent on shared resources like water or land, concerted and co-operative endeavours to successfully manage such resources can act as drivers of peace consequently building mutual faith and trust between conflicting parties.

There are numerous examples of environmental mediation between nations who were hostile towards each other. The Indus Water Treaty was signed in 1960 between India and Pakistan in response to the latter’s fear that since the basin of the River Indus was situated in India, this could have an adverse effect on agricultural lands in Pakistan.

Also, in many war-torn areas of the world, Transfrontier Conservation Areas or peace parks have been established which act as “buffer zones” and provide scope to reduce tension and promote dialogue between the countries. For example, the Cordillera Condor between Peru and Ecuador stands as a shining example of achieving peace through conservation efforts. Similar efforts were noticed between the North and South Korean demilitarised zone, and the establishment of a peace park has also been proposed between India and Pakistan.

Once the parties concerned have addressed the question of ecological decline through meetings and workshops and have paved a way for sharing information and data to ensure better solutions, there is a likelihood that general points of contention relating to political development may overtake the discussion.

Even though this may be a lengthy process and may take more time than expected, the fact that joint efforts to restore ecological system can prove to be the entry point to extensive political discourse should not be ignored. The post-conflict period is always characterised by an unstable economy and uneven social structures. In the aftermath of a conflict, people struggle to survive. This is because prolonged periods of destruction and violence leave them deprived of the prerequisites necessary to lead a normal lifestyle. The financial situation of a nation suffers from a serious setback because of the loss of livelihoods, increases in the unemployment ratio and falling GDP, which might directly impact social arrangements.

The situation becomes far more critical for nations which are directly dependent on their natural resources for livelihood, for example the war in Afghanistan, which was termed by many as the ‘resource war’, severely damaged its environmental assets. Conflicts can sometimes even encourage illegal trade in natural resources. Such practices usually occur due to a lack of effective security and the poor execution of law, facilitating illegal trade in wildlife and its products and the trade in drugs and gemstones.

Thus, in the post- conflict period the government is always under pressure to improve the economic situation and to re-establish a stable economy. Therefore, it is important that new principles and guidelines are introduced. The fragility of the situation should also be kept in mind and transparency and public accountability must be ensured at every step so as to avoid any likelihood of renewed conflict. Also, during the planning of relief operations, environmental resources must be at the core and the existing demand of an improved livelihood must be taken into consideration.

In a nutshell, good governance plays an important role both in avoiding the emergence of conflict as well as in settling existing disputes. Effective peacebuilding through natural resources can be achieved by transparent laws and their effective enforcement, greater accountability, dispute resolution management and promoting equitable sharing amongst different shareholders having divergent interests.

There is also the need to study and analyse previous cases of environmental co-operation in order to gain a better understanding. Such analysis requires an interdisciplinary approach and we have to let go of our tendency to put each discipline into a separate compartment. Environmental policy has to be integrated with foreign policy and economic policy as this will help in identifying priority areas and will help in the generation of better solutions.

Environmental resources are a nation’s lifeline and must be preserved; this is possible only through active co-operation between the public, the government and the stakeholders.

Supreet Kaur is a lawyer with a special interest in environmental law and sustainable development. She is a UN online volunteer and works with several non-profit organisations in the field of peace and security, the environment and social justice.
Read more from Supreet Kaur 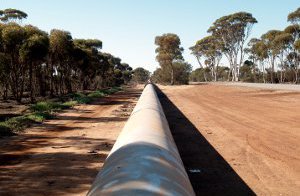