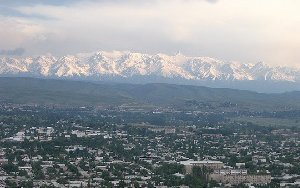 The city of Osh, in Southern Kyrgyzstan, was the scene of violent rioting in 2010 that left hundreds dead. Image credit: Paul.
Corruption, land expropriation, and the fight for control over narcotics shipments have played a major role in conflict
Starting in the 1990s, many scholars and economists have argued that ethno-linguistic diversity is not only detrimental to economic development but a source of conflict. One example is the former Yugoslavia, a country that was divided based on ethno-linguistic and religious lines. Furthermore, African countries like Ethiopia, Angola, Sudan, Chad, DRC and others have been exhibiting recurrent ‘ethnic’ conflicts for decades.

However, recent studies started to indicate that it is not ethno-linguistic or racial diversity, but ethnic income inequality that is detrimental to economic development. Ethno-linguistic diversity may bring difficulties in the process of coordination and cooperation, but it also helps to create a melting pot of culture and talent, which fosters innovation and creativity.

In this respect, Kyrgyzstan presents an interesting case study. Since the dissolution of the Soviet Union in 1991, and the conflict which preceded it there in 1990, Kyrgyzstan has experienced economic transition reforms and several changes in political power, followed by the Tulip revolution in 2005 and a more violent escalation in 2010.

That 2010 conflict was named as an ethnic conflict between the Kyrgyz and the Uzbeks, the country’s largest ethnic minority. According to official statistics, the conflict led to 400 casualties and the displacement of 400,000, with approximately 100,000 crossing the border as refugees into Uzbekistan, as well as the large-scale destruction of public and private property, especially housing.

Since 2010, there have been incidences of clashes at the border areas between Kyrgyzstan, Uzbekistan and Tajikistan, involving several casualties, especially in the enclaves populated by ethnic Tajiks or Uzbeks and surrounded by the Kyrgyz territory.

However, scholars nowadays are sceptical about the supposed ethnic roots of the conflict, stating that in many instances the political leaders of Kyrgyzstan used ‘ethnicity’ as a tool to remain in power. Economic problems like corruption, land expropriation, and the fight for control over narcotics shipments passing through Kyrgyzstan have played a major role in the conflicts. According to the World Bank, almost 37% of the population in Kyrgyzstan lives below the poverty line, and this figure has been increasing since 2010.

The peacebuilding process will be hard to achieve without comprehensive economic and institutional development
As a response to the conflict in 2010, there has been an inflow of numerous peacebuilding programmes implemented by international organisations and local NGOs. The Stockholm International Peace Research Institute has been evaluating the effectiveness of two of ongoing peacebuilding projects in Kyrgyzstan.

The first operates in public schools in three southern regions in Kyrgyzstan: Osh, Jalalabad and Batken. It is aimed at fostering attitudinal and behavioural change towards members of other ethnic groups among school-going youth.

The final results from both impact evaluation projects are still to come, but in some of the interviews that we conducted in 2014-2015 with young people and their teachers, it was mentioned that the ethnic roots of the 2010 conflict are sometimes overemphasized, and that it was in many ways driven by social and economic inequality.

In the preliminary results of the activities that we conducted among ethnically diverse groups of youth to measure their behaviour, we found that young people who are today old enough to remember the 2010 unrest appeared to be equally altruistic, and trusting towards the peers of other ethnic groups.

The need for comprehensive development

When speculating on the roots of conflict, looking back at history might help explain some of the disparities between the two ethnic groups. Traditionally, they were both involved in different economic activities: the Uzbeks in sedimentary agriculture, handicraft and trade, and the Kyrgyz in nomadic pastoralism. Both activities, although complimentary, require access to land and water. This can be found in the agriculturally productive Fergana Valley in the south of the country shared by three countries: Kyrgyzstan, Uzbekistan and Tajikistan.

The fight for natural resources during the post-Soviet transition to a privatised economy was accompanied by a weak rule of law, corruption, and the attempts of political leaders to get support from the population based on their ethnic or informal connections. This resulted in the incidences of conflict that had an apparently ethnic nature, but which, crucially, did not break out because of ethnicity.

Unfortunately, social media is sometimes responsible for reinforcing negative perceptions about other ethnicities and neighbouring countries, which are hard to break. From this perspective, ethnic tolerance training could be one of the best ways to tackle related issues. The peacebuilding process will also be hard to achieve without comprehensive economic and institutional development to help provide people with security, foster economic activity, and decrease outward migration. All of these issues should be taken into account when trying to stop violent conflict in Kyrgyzstan. 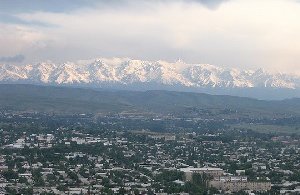