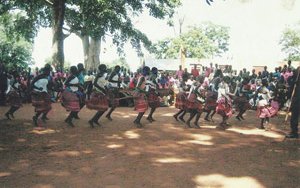 The War Affected Youth Association (WAYA), one of the winners of the 2014 Tomorrow’s Peacebuilders awards, was established in 2005 by a student who was abducted by the Lord's Resistance Army (LRA). It works to stop child abuse and the stigmatisation of LRA abductees, as well as advocating for non-violent means of conflict resolution in Northern Uganda.

WAYA's work has included contributing to the release of LRA child soldiers following the 2008 peace talks in Juba, supporting more than a hundred children with school fees and materials, and providing 250 formerly abducted children with psychosocial support.

Since the awards, the prize money has allowed the organisation to reach a further 1,208 beneficiaries through various activities. Speaking to Peace Direct, Omule Geoffrey, WAYA's programme manager, told us that with the prize money WAYA has been able to launch an Annual Culture Gala with dancing, poetry reading and concerts, highlighting peaceful and non-violent solutions in conflict resolution.

"We used to be excluded. You've helped put an end to that"
WAYA also managed to reach a group of women who had been abducted by the LRA, the Lloman Malo Women’s Group. In their community, these women are referred to as “Mon pa kony”, meaning “wives of the rebel leader Joseph Kony” and are often rejected as such.

According to Omule, a first contact was made through WAYA’s use of traditional songs, teaching about peace and forgiveness for former abductees. A couple of months later, the group of women registered to attend the Annual Cultural Gala, enabling them to meet and interact freely with other people, raising hope for a life free from ostracism. Lloman Malo Chairperson Florence told Omule: “We used to be excluded from many programmes within our community. Your peace related activities have really helped to put an end to that”.

Unity through football for Ugandan youth

WAYA has also used the prize money to acquire sports equipment and organise a football tournament for children under 16. The main objective of this activity was to get children from different socio-cultural backgrounds, including children that live on the streets, to come together and share experiences through football and sports.

For Omule, homeless children are often seen as a menace by the rest of the population in Uganda - so bringing them along was a very special achievement for the organisation. The football competition lasted four days, and was attended by 6 football clubs, 95 member-players, 17 local leaders, and many homeless children and others from Kanyagoga, near a Ugandan military barracks and known for antisocial disturbances. Throughout the tournament WAYA held workshops on peaceful coexistence and raising awareness of issues related to vulnerable children.

Omule explains that all these things would have represented a great challenge for WAYA had it had not won the prize money. It also provided a certain recognition of WAYA’s work to promote peace, which is now being integrated into national plans supporting young people and female former abductees. Its local ambition is to expand its coverage to neighbouring districts.

Entries for this year's Tomorrow's Peacebuilders awards are open until 15 September. Three peacebuilding organisations will each receive $10,000 in funding plus other support. Enter your organisation here: http://peacedirect.org/tp 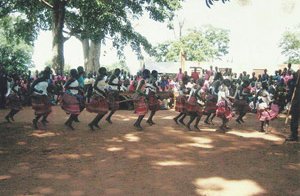 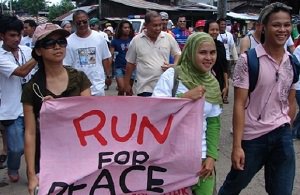