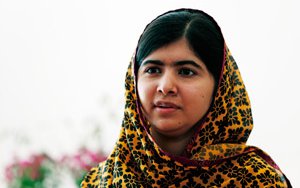 The Boko Haram sect currently operating in the North-Eastern part of Nigeria has destroyed property worth millions and left scores killed, injured, or bereaved. They have carried out a series of abductions of government officials, politicians, security agents, expatriates and others. However, they appeared to have bitten more than they could chew when members of the sect abducted close to 300 female students of Government Secondary School, Chibok in Borno State from their dormitories on the night of 14 April 2014.

For Nigerians and the international community, this brazen act focused attention on the activities of the Islamist group. Since then, Nigerians at home, in the diaspora, and across the globe have been united in condemning the act as well as urging government to ensure that the girls come back home safely.

The crème de la crème of society not only supported the cause but also made it viral on social media. From far away in the USA, the First Lady, Michele Obama and US 24th District of Florida Congresswoman, Federica Wilson have blazed the trail.

‘‘My birthday wish this year is to speak up for the Nigerian girls and to see my sisters return back to their homes.’’
On the home front, our own duo of Dr. Oby Ezekwesili, Nigeria’s former minister of education and the #BringBackOurGirls coordinator, Hadiza Bala Usman have been passionate about the cause of the Chibok girls. It appears that for Ezekwesili, a fiercely passionate believer in public good, and Hadiza, the campaign-coordinator, the principles of the campaign runs in their DNA.

In an article, “To understand #BringBackOurGirls, look to history”, Brian McNeil rightfully observes that ‘‘while the efficacy of this sort of hashtag activism, or slacktivism, has been questioned by scholars—and openly mocked by some—there can be little question that more people are aware of the plight of the captured Nigerian girls than before.’’

In 2012, Yousafzai was shot on the head by a Taliban gunmen on her way back from school. She was shot at a time the teen was writing a blog about the challenges of daring to undertake western education under a Taliban regime in Pakistan’s Swat Valley. Having survived the attack and gotten medical treatment in the United Kingdom where she currently resides, Malala carved a niche for herself by being the first teenager to win international acclaim for her role in championing the cause of education for all youth and women.

For Malala, choosing to visit Nigeria on her 17th birthday is a pleasant sacrifice. She told an audience in Abuja on July 14 that: ‘‘my birthday wish this year is to speak up for the Nigerian girls and to see my sisters return back to their homes.’’ Incidentally, ‘‘July 14 is Malala Day, a day which the United Nations has chosen for children to raise their voices and stand up to demand education for all’’ a media report said. The day equally marked the end of the third month since the kidnap of the Chibok girls.

Upon her meeting with President Goodluck Jonathan, the young activist announced that, ‘‘He promised me that the girls will be returned as soon as possible.’’ Concerning those who escaped, she said: ‘‘The president promised me that he will do something for these girls’’ and also meet with the parents of the abducted girls.

Speaking on the impact of Malala’s visit, Yinka Makinde, a member of the campaign bared his mind thus: ‘‘So many people have spoken but nothing has been done yet. But I think if a child could come all the way, maybe he would listen. If he does not listen to the child then I don’t think President Goodluck Jonathan will listen to anybody.’’

Where lies the hope of the return of these girls amidst continued abductions and fierce fighting by the insurgents in the North-Eastern part of the country? With the turn of events namely the obscurity of the whereabouts of the abductees, their parents and indeed some Nigerians are smelling a rat.

Government must make concerted efforts to bring our girls home and be sincere too; the girls who escaped must be properly rehabilitated and their parents listened to (parents of the missing ones should be kept in the know of unfolding events); the media must be in the vanguard of this campaign; the nobility of the #BringBackOurGirls must never be compromised; the safety of school children and all Nigerians must rank first before any political goal; security agents must continue their doggedness in saving lives and protecting the integrity of this great nation; dialogue should equally not be dismissed.

Again, McNeil surmises that, ‘‘public awareness is no doubt a good thing, but that alone won’t bring the Nigerian girls back home.’’ Malala’s father Ziauddin Yousafzai must be a happy man as the teen has hit the global spotlight in crusading for girl’s education. The dividing line between Malala’s father and parents of the Chibok girls is, they have tears for their bread. Shall President Jonathan keep alive his promise to Malala and bring back her missing sisters? 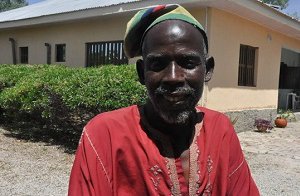 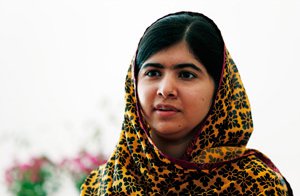