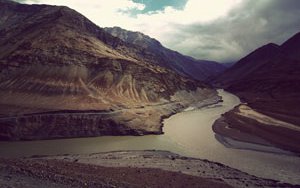 [more_info_box]In February 2015 the UN published a guide to assist negotiators working to prevent and resolve conflicts over natural resources. The publication, entitled Natural Resource and Conflicts: a Guide for Mediation Practitioners, is the result of a collaborative research project by the United Nation’s Department of Political Affairs (DPA) and the Environmental Cooperation for Peacebuilding initiative of the United Nations Environment Programme (UNEP).

Insight on Conflict spoke to Michael Brown, who is part of the DPA Standby Team of Mediation Experts and a Professor of Practice in Conflict Mediation at McGill University, Montreal. Michael is an expert on mediation, conflict and peacebuilding issues with professional experience across the world. He has worked extensively on ways to resolve disputes over land and property rights, and also has experience on issues related to natural resource and wealth sharing, as well as on conflict issues related to mining, oil and gas, and water resources. [/more_info_box]

The UN report covers mediation in natural resource conflicts. Why is this important?

Can you tell us more about the report, and who it is aimed at?

This is the only publication of its kind. The Guide is based on practical experiences in mediating conflicts about extractive resources, land and water. It consolidates tools, strategies and practices related to mediation and conflict resolution in conflicts over different types of resources.

First, it provides mediation advice on resource disputes regarding each stage of a generic mediation process: assessment; design; negotiation; and implementation. For each phase, a series of tips and strategies are presented.

The report then goes through natural resources sector by sector, and provides specific mediation guidance tailored to each resource sector. The sectors include extractive resources (oil, gas, minerals and commercial timber), land and water.

The report is aimed at mediators, people who work for international organisations with responsibilities for countries where resource conflicts prevail, member states of the UN, and parties to resource disputes. Don't let the title fool you, though - the Guide is as relevant to conflict prevention and conflict sensitivity regarding natural resource disputes, as it is to mediation per se. Anyone who works on resources associated with conflict should find the Guide useful. The Indus river was part of a 1960 treaty between India and Pakistan over shared use of water. The treaty has remained in force despite decades of hostility between the two countries. (Image credit: Sanish Suresh)

Can you explain to us the links between natural resources and peacebuilding?

It is increasingly common to use natural resources to create a framework where both parties in a conflict can gain benefits, and thus encourage the progress of peace. In Sudan, for example, the shared benefits of oil revenue was used as an incentive for peace. One can see that natural resources have an enormous peacebuilding potential, although this does not get the attention it deserves. In fact, the collaborative potential of resources is specifically highlighted by the UN's Deputy Secretary General is his foreword to the Guide. Can the impartial third party in a mediation process be a local party, or is outside involvement crucial in resolving conflicts over natural resources?

This is a very good question. Indeed, selecting the right mediator is an extremely important part of resolving conflicts over natural resources. There is certainly a tendency to view an international third party as the typical mediator in such situation. But local, insider mediators can be extremely important and effective, as they are often very familiar with the local context or know the parties in a particular dispute. The role of insider mediators is relevant in many natural resources conflicts. They often have an excellent knowledge of the context of the natural resource and the history of the dispute. They also have a more nuanced appreciation of the relationships between the disputing parties.

The UN’s experience has also shown that insider mediators tend to place great attention on the relationship aspect of resolving natural resource disputes, and the significance of establishing long term relationships. Experience shows that insider mediators often end up staying engaged in the conflict dynamic after the ink has dried on any signed agreement. Insider mediators often have some role over the course of implementing the agreement. So insider mediators can be very important, although like everything in conflict mediation, the details depend on the context of the conflict. How important is resolving disputes over natural resources to wider negotiations between conflict leaders?

Very important. As the Guide explains, one of the many important characteristics of natural resource conflicts is that they tend to play out at multiple levels – local, provincial, national or even international/trans-border. Accordingly, attempts to resolve or address a resource conflict should generally anticipate a strategy that promotes linkages between the different levels.

The wider negotiations between conflict leaders are often national peace negotiations. The political elite negotiate a national solution, yet natural resource conflicts typically play out at local levels. These wider negotiations must be attentive to the local level: they must address local issues and set up mechanisms that link to local realities. This is an important aspect of resource disputes and approaches to resolve them, yet it represents an area of weakness in peacebuilding. Can you give us an example of when mediation has worked to solve a conflict over natural resources?

The examples of success are many. I was involved in setting up an integrated dispute resolution system in Sri Lanka to deal with the thousands of post-conflict land disputes in certain provinces of the country. This system is now going through into law. Local-level mediation tables are used in the post-conflict provinces to address and resolve land disputes. This kind of approach is very effective in allowing thousands of people to resolve their conflicts over land issues and thereby get on with their lives.

There is an important caveat. Mediation is not suitable to all disputes. In the Sri Lanka situation, for example, mediation is an excellent tool for resolving large numbers of local-level land disputes but it is not necessarily the right tool to solve high-profile political disputes involving significant power imbalances between the parties. Like any tool, to use it well, you have to know what it is suited to as well as its limitations.

Thinking more of the work that Peace Direct is involved in, there is also the example of Sudan. In Sudan, the sharing of oil revenue was key to the North-South peace mediation, as the dividing line between the two countries goes though the oil producing areas. A wealth-sharing agreement formed one of the six parts of the Comprehensive Peace Agreement of 2005, and this agreement on wealth included aspects about oil revenue sharing.

I would like to impress how the natural resources mediation Guide not only provides practical advice about resource mediation, but it is equally about conflict prevention and conflict-sensitive development in regards to resources. I highlight this, because I am receiving a lot of feedback already from many people who are not directly engaged in mediation. As I mentioned earlier, don't let the title fool you. If your life or work revolves around a situation where resources are an important part of the conflict dynamic, then this Guide should be very helpful.

Thank you to Michael Brown for talking to Insight on Conflict.

Click to download Natural Resource and Conflicts: a Guide for Mediation Practitioners. For more information on peacebuilding and the environment, have a look at our resources page here.
Liam Stowell is an assistant with Peace Direct's Insight on Conflict project.
Read more from Liam Stowell

Environmental peacebuilding Dialogue and mediation
Disclaimer: The views expressed in this article are those of the author and do not represent the views or position of Peace Direct.

More on Environmental peacebuilding and Dialogue and mediation → 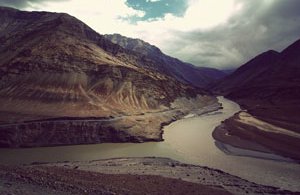