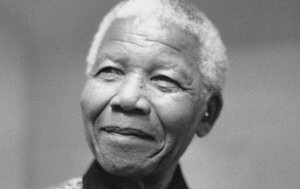 There’s no doubt in my mind, it was Mandela’s unique and leading role in seeking a peaceful and negotiated constitutional settlement that prevented the country slipping into civil war.
It was the manner of Nelson Mandela’s stubborn and steely resolve to stick to his goal of a peaceful political settlement in South Africa that sets him apart from other leaders.

Of that I became convinced whilst working as a political reporter during the turbulent and often violent early 1990s in apartheid South Africa.

Mandela’s absolute determination to keep moving forward on a peaceful path, in the face of intolerable provocations, rather than resort to revenge or violence, was unheard of at the time. I recall two USA diplomats commenting that if the multi-party negotiation process succeeded, it would be a world first.

There’s no doubt in my mind, it was Mandela’s unique and leading role in seeking a peaceful and negotiated constitutional settlement that prevented the country slipping into civil war.

This fact was vividly and violently borne out during a number of bloody months in 1992, tragically framed by the Boipatong massacre on the night of 17 June, when more than 40 residents were shot or hacked to death outside Johannesburg, and the Bisho massacre of 7 September when 28 unarmed protestors were shot dead by troops in the Eastern Cape.

A few months earlier, in May, multi-party negotiations collapsed amidst acrimonious disagreements, and then in June negotiations were broken off by an African National Congress (ANC) leadership, furious about the massacre of its supporters at Boipatong by Mangosuthu Buthelezi's Inkatha Freedom Party.

The political tension at the time in the townships of South Africa was clearly palpable, and it felt as if the country was on a knife-edge and quite possibly careering towards a violent catastrophe. Initial optimism for a negotiated settlement had largely dissipated after the multi-party talks broke down.

The ANC also blamed the government for fomenting township violence, which had killed an estimated 8,000 black South Africans since President FW de Klerk had taken office in September 1989.

Yet Mandela refused to seek revenge. As journalists, we accompanied him to Boipatong on 21 June where he addressed residents on the same field where, the day before, police had fired on a crowd of protestors after the hasty departure of an unwelcome de Klerk.

Mandela did not mask his anger: “I am convinced we are no longer dealing with human beings but animals... We will not forget what Mr de Klerk, the National Party and the Inkatha Freedom Party have done to our people. I have never seen such cruelty.” Two days later the 90-member executive committee of the ANC, led by Mandela, resolved to suspend negotiations with the government, citing its complicity in the massacre as the reason.

But rather than derailing the negotiation process, the Boipatong massacre seemed to strengthen Mandela’s resolve of seeking to reach a peaceful settlement. A breakthrough came a few weeks after the Bisho massacre, when Mandela and de Klerk signed the ‘Record of Understanding’, stipulating that a single, freely elected constitutional assembly would serve as a transitional legislature and would draft a new constitution. This prepared South Africa for the first democratic elections held less than two years later.

Whilst the ANC, and South Africa, were fortunate in having a leader of the calibre of Mandela, it would be wrong to attribute the success of the transition entirely to one individual, thereby ignoring the efforts of countless foot-soldiers, and the progressive collective leadership of the global anti-apartheid movement, as well as the role played by de Klerk and his government.

By now it was very clear to those observing Mandela, that not only was he persuaded of an imperative need to negotiate a peaceful settlement, and to create a united and inclusive political order, but that he also had the strength of personality to see the process through. In the process, Mandela was able to straddle the divisions in the apartheid society, to become a national symbol of reconciliation himself, and to undertake the important task of building confidence in negotiations and in the country’s future.

I must admit that observing Mandela at work changed my life. I am now a fervent supporter of seeking compromise in order to achieve a win-win situation where there is conflict.

Through his unrelenting, principled negotiating stance, Mandela forced the apartheid government to go much further than its supporters ever anticipated. As journalists, we witnessed that during the negotiation process.

Moreover, Mandela’s passionate leadership in urging his long-oppressed supporters against seeking revenge, along with his corresponding focus on the future of all South Africa’s people, including whites, has cemented his reputation as a great world leader. In seeking to build a peaceful society, based on a resolution of conflicts and social justice and human rights, Mandela taught us what responsible leadership means.

All those who work for peace will recognise and salute his towering example.

This article was first published on the Peace Direct blog.

David Greybe is a journalist and the editor of Local First. David spent a decade covering the political transition in South Africa. A political refugee from apartheid South Africa, David was granted asylum in the United Kingdom in the Eighties.
Read more from David Greybe
Disclaimer: The views expressed in this article are those of the author and do not represent the views or position of Peace Direct. 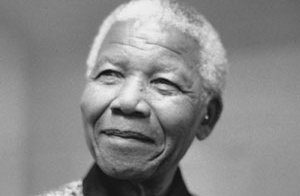