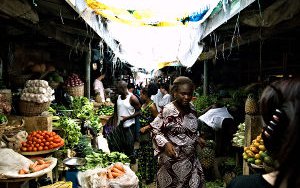 With 175 million inhabitants, Nigeria is Africa’s most populous nation. Although richly endowed with both human and natural resources, they are unevenly distributed and badly managed, and the country is still evolving quickly, from colonialism through militarism to democracy.

With society currently organised through a federal system of government, emerging trends in Nigeria reveal the lack of indigenous involvement in its political structures. Nigeria’s current transformations must take into account its ethnic as well as structural diversity. In order to build a lasting stable society, different governance and cultural perspectives must be integrated through comprehensive, cross-cutting peacebuilding initiatives, including humanitarian assistance and development, as well as protecting lives and providing psychosocial support and trauma healing to citizens affected by violence. Education should play a key role in this, transforming world views and creating the understanding among the varying forms of identity, justice and leadership in Nigeria.

Indeed, the nation’s religious divides and inter-ethnic violence and conflict have historically been characterised by reprisals, hatred and suspicion, with religious identities and influences attributed to ethnicity. It has therefore been inevitable that institutions and systems have divided rather than united people. Prior to the issue of Boko Haram coming to the fore, religious intolerance and misunderstanding, together with ethnic intimidation and unequal representation, resulted in repeated cycles of violence. These dynamics remain visible in Nigeria’s political life and its citizens’ worldview. Peacebuilding initiatives which create safe space for the divides to be bridged, increasing social cohesion through human and structural development, are vital to bringing together Nigeria’s different groups.

The contribution of different nations, institutions and agencies, including USAID, DFID, CIDA, WB and ADB in confronting violent extremism – in particular Boko Haram – is very welcome. But monitoring the dynamics of these recurring conflicts is important. The Boko Haram saga is not inter-ethnic, and the seemingly religious conflicts which appear to have become a trait of Nigeria’s geographical divide (with a Muslim north and Christian south) are complicated. Focusing too much on Boko Haram could lead to not paying sufficient attention to the need for a proactive scheme for the prevention and mitigation of ethno-religious and ethnic conflicts that might well emerge in consequence.

Inevitably, there would be questions – would combating Boko Haram solve Nigeria’s problems? Would it reduce and prevent the emergence of militias and vigilantes? Would it prevent reprisals from inter-ethnic and religious squabbles? Is there a possibility for solving the numerous constitutional problems in relation to fundamental human rights of worship, expression and citizenship?

The destruction of and lack of respect for places of worship, greatest in the north, at the slightest event of misunderstanding and provocation, should also not be forgotten. Revoking ownership rights for land dedicated to worship tends to impede religious tolerance and understanding. There has also been the infringement of rights to education, truncated by existing cultural and societal norms in the proliferation of the ‘Almajiri’ system.

There should also be a constitutional concern for dialogue on citizen and indigenous interests; most inter-ethnic violence in the north has been instigated on such grounds. The autonomy of state governors in Nigeria’s political structures is unchecked, and there are excesses and personal bias against national unity and the potential for peaceful coexistence. The implementation of Shari’a Law in some of Nigeria’s northern states, and the excessive spending of the federal government on both Christian and Muslim religious pilgrimages, are indicators of the institutionalisation of religion in governance. The attitude of the political class, and its disregard for the constitutional notion that no one should be above the law, implies that Nigeria is yet to own its process of nationhood through responsible patriotism.

In trying to combat the enormous corruption in Nigeria’s governance, peacebuilding initiatives and diplomatic support to Nigeria should have the capacity for the full integration of and engagement with primary and secondary stakeholders at all levels of society, including civil society organisations, indigenous and community-based organisation and grassroots actors.

In sum, and building on lessons from a recently concluded national conference, there must be a serious attempt to implement the above factors, including forming a committee to rule on how such a comprehensive strategy will be implemented and monitored. But it should also be open to involving development and peacebuilding partnerships wherever possible, in order to build capacity, empower local people and give a voice to the grassroots. Doing so will help transform Nigeria’s political culture, building on Nigeria’s existing capacity for peace in a proactive manner.

Charles Kwuelum is a recent Fellow with Search for Common Ground, Africa Team at Washington DC, where he provided a framework for Nigeria’s 2015 electoral violence mitigation and prevention. Majoring in Development and Peacebuilding, he is also an Analyst, Researcher and Organisational Consultant.
Read more from Charles Kwuelum 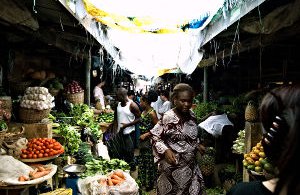 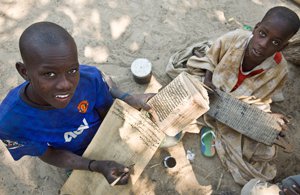