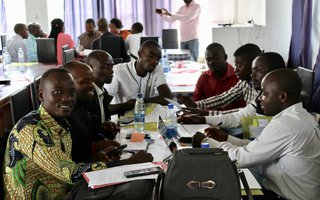 This article was originally shared on a blog from the LSE Conflict Research Programme, which Peace Direct is a consortium partner of.

"In 2017, I started a piece of USAID-funded action research called ‘Facilitating Financial Sustainability’ (FFS) aimed at ‘understanding and improving the underlying conditions for civil society financial sustainability’. In other words, the research attempts to change the key issues that impact local civil society’s ability to effectively sustain their work. I know – this is not a small issue to try and tackle, let alone in contexts where violent conflict exacerbates the normal challenges local organisations and individuals face.

In the first year of the project, the research consortium (comprised of Peace Direct , LINC and Foundation Center) successfully conducted research into the array of both negative and positive factors impacting local civil society financial sustainability in six countries: Mexico, Colombia, Bosnia & Herzegovina, Democratic Republic of Congo (DRC), Uganda and the Philippines. All in all, over 120 in-depth interviews were conducted with civil society stakeholders, including staff from local organisations, local communities, local and regional governments, INGOs and international donors. (You can access the research reports here.)

The ‘key issues’ identified through this work have been vast and diverse, ranging from things like ‘lack of internet access’, to the ‘impact of donor’s negative perceptions about local capacity’. However, there has been one recurring key issue at the top of civil society members’ lists across all contexts: the fact that ‘two-way’ listening between international groups (INGOs, donors and the UN) and local civil society rarely occurs. In fact, ‘one-way’ listening was reported as the norm, where local groups feel compelled to show up when asked by the donors they depend on for funding, but donors often fail to return the favour.

The ‘key issues’ identified through this work have been vast and diverse, ranging from things like ‘lack of internet access’, to the ‘impact of donor’s negative perceptions about local capacity’.

While this might not come as a shock to readers, the impact of this phenomenon is particularly acute in contexts like DRC, where the lack of infrastructure (e.g. reliable internet), domestic resource mobilisation opportunities, and intense competition for funding contracts can make survival seem like a pipedream for local groups.

To try and tackle some of these issues, I have spent the past 6 months working with an ‘Action Learning Group’ (ALG) in Goma, DRC, which will run until 2020. This group is comprised of local peacebuilding organisations, local government, local businesses and, initially, international donors. Echoing the findings from the background research, we had a lot of difficulty trying to engage donors from the start. Luckily, USAID stepped in and gently urged a number of their partners to join the group, leaving us with an ideal mix of relevant stakeholders.

Overall, the idea behind the ALG is to:

Initially, the group began with high expectations and high energy amongst all members. For most, this felt like a rare opportunity to bridge the listening gap between local civil society and international actors. Conversations at the first couple of meetings focused on assessing and prioritising the key challenges in DRC. Aside from internal capacity issues and the difficulty of working in a conflict context, the highest number of ‘key challenges’ identified within the ALG related directly to harmful donor culture and practices. Nonetheless, the donors in the group were supportive of the conversation. Because the donors were represented by local staff, many of them had their own history of working for local organisations, and therefore felt sympathetic towards the perspectives of local groups.

This felt like a rare opportunity to bridge the listening gap between local civil society and international actors.

As a whole, we felt confident that we had broken down the barriers between the two parties and that we might actually see some change within the sector – at least on a very localised level. Local organisations were hopeful that donors would listen, go back to their headquarters, and deliver the message to those in charge.

However, by the third ALG meeting, donor attendance was minimal. By the fourth meeting, there was not a single donor present. The main reason provided for their absence?

“We simply do not have time to engage in this type of project right now”.

Essentially, donors were communicating to the researchers and local civil society that they could afford to not engage. In contrast, local groups have to address these issues, because their survival depends on it. Existence of this one-way accountability is perhaps one of the most interesting and frustrating findings to come out of the research to date. In a context like Eastern DRC, where international aid is the primary source of income for most organisations, local groups have to abide by the rules of the game, which international groups determine.

On the other hand, if civil society has an issue with the way donors operate, they have no way to ensure that they will be listened to, or listened to without negative repercussions. International groups are mostly prioritised for funding, or are the funders themselves, and know they have a slew of local groups to choose from as partners without ever facing meaningful criticism for how they operate. This extreme imbalance means that as a result, they have the luxury of choosing when to show up and when to listen, often at the expense of local groups.

While there are issues on both sides of the aisle related to financial sustainability, it is becoming common knowledge that a large portion of the responsibility to adapt sits with international actors to provide better support and ensure their presence does not undermine the work of local civil society. There is no shortage of material describing the key issues, including the well-known CDA publication Time to Listen, which states “fundamental changes must be made in how aid is provided if it is to become an effective tool in support of positive economic, social, and political change”.

While there are issues on both sides of the aisle related to financial sustainability, it is becoming common knowledge that a large portion of the responsibility to adapt sits with international actors to provide better support and ensure their presence does not undermine the work of local civil society.

Despite knowing there are huge issues around how aid is delivered, especially in fragile contexts, and knowing that civil society is trying to raise their voice and hold donors accountable for how they operate, what we can’t seem to figure out is, how do we get the other side to change if we can’t even get them to listen? How can we start to change the system or shift the power if half of the party never shows up?

In terms of our research with the CRP, if we want to figure out ‘how international interventions might better resolve conflict-related problems by supporting responses based on local civicness’, we must also figure out how international interventions might simultaneously be undermining local civicness in the first place, and then figure out how to get the message heard. For now, I’ll keep working with the ALG members to try and change some of those systemic factors impacting sustainability, but as more and more research and evidence is produced with no visible change within donor culture, we might need to consider whether or not donor culture will be one of them."

Megan Renoir is Research Manager at Peace Direct. Megan is in charge of managing the organisations broad research portfolio, including developing new research programmes in collaboration with our local research partners and developing Peace Direct's ongoing research strategy. She is also currently a PhD candidate at the LSE Department of International Development.
Read more from Megan Renoir
Disclaimer: The views expressed in this article are those of the author and do not represent the views or position of Peace Direct. 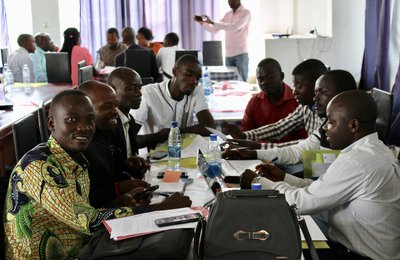