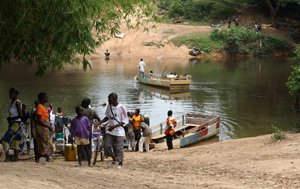 Conflict in the Cote d’Ivoire has led to thousands of forced migrants, such as these migrants crossing the border into Liberia in 2011. Image credit: DFID.

The general election to be held in the Ivory Coast in 2015 could be a wake-up call for the country’s reconciliation process. Four years on from the violence which took hold of the country between October 2010 and April 2011, a solution to building long-term, sustainable peace has yet to be found.

It was the last Presidential election that sparked the crisis in 2010. The dispute between the then President, Laurent Gbagbo, and his challenger, Alassane Ouattara, saw both claiming victory - and spurred a cycle of violence that left over 3,000 people dead and thousands more displaced.

Ouattara eventually won the conflict, and assumed office in 2011. One of the most challenging tasks that awaited him was how to reconcile a society torn apart by a decade of war.

The conflict officially ended with the capture of Gbagbo by the Côte d’Ivoire military on 11 April 2011. This paved the way for a recovery process, including the establishment of a truth and reconciliation commission.

Established in September 2011, the truth and reconciliation process, or CDVR in its French initials, was asked to investigate and deal with human rights violations past and present. It was led by former Prime Minister Charles Konan Banny. It had problems, however. In particular, it was unclear as to when its mandate should end. This was especially problematic given what we know about reconciliation as a healing process, which can often take decades.

In November 2013 the CDVR released its first conclusions, but many concerns were raised, including about the fundamental lack of initiatives established to mitigate divisions and heal wounds.

The reign of impunity and injustice

On the road to reconciliation, Côte d’Ivoire is therefore confronted by many roadblocks. On the socio-professional level, job-hunting has become an obstacle course. The regime has been accused of giving preference to particular ethnic groups. Sayings such as “Ainn’ ta mogo lo ha?” (Is he or she one of us?”) have become commonplace, contributing further to social unrest.

Amid a national reconciliation process that has come to a standstill, with rampant corruption and widespread injustice, other facts have also tarnished the reconciliation process. Some suggest that arrests and discrimination have been directed almost exclusively towards the allies of former president Gbagbo. And Gbagbo himself has been sent to The Hague to face allegations of mass murder, even though both sides in the conflict committed awful crimes.

Given all of this, many have raised doubts about the potential for progress towards real reconciliation, before 2015 at least, which will be another year of crucial elections in Côte d’Ivoire. If the incumbent President wants to have a peaceful term, and avoid the resurgence of violence with the opposition and among his own followers, he must place initiatives for meaningful reconciliation, social justice and employment high on his to-do list. 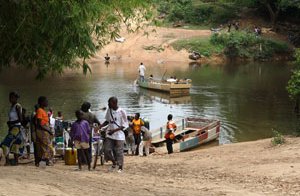