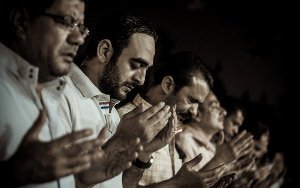 But the study of religion – in International Relations, Sociology and Development theory particularly – has seen a steady and undeniable change in the past twenty years. Predictions of religion’s inevitable disappearance as modernity advanced around the world have failed to materialize. In fact, religion has breathed new life in every part of the world except, as Peter Berger notes, Western Europe, a powerful intellectual centre for such disciplines. The failure of the ‘secularization thesis’ has left some important questions essentially open: How should we best interpret religion globally? How does it shape the modern world? How can those outside of a religious tradition constructively engage with those within it?

Importantly, despite secularization theory’s general collapse, specific assumptions about religion that grew out of the expectation that it would disappear have retained a stronghold over the study of religion. For example, faith is considered largely to be a private affair, it is primarily concerned with the ‘spiritual’ (as opposed to the here-and-now), and is expected to be fully distinct from political governance. In practice, each of these expectations doesn’t give a full and honestly complex picture of the real world. Religion is fundamentally public, it is always entwined with its historical and social context, and in different settings, it has varying degrees of differentiation from ‘secular’ politics and power.

These lingering patterns of thinking about religion have important consequences, and need to be rethought in the light of religion’s resurgence. In the case of religious terrorism, surely the clearest example for the West of the importance of getting to grips with religion, we can see two negative consequences of these patterns of thought.

Firstly, the causes of religious zeal and, ultimately, religiously motivated violence, are often seen to arise from material contexts such as poverty, inequality and social immobility, reflecting the assumption that values and beliefs are products of more ‘basic’ material factors. In reality, Christopher Hewitt has shown that religious terrorism, for example, the 9/11 attacks on New York, often finds footing among the most educated sectors of society, suggesting that religion is not just a product of material causes, but an independent factor.

Secondly, the assumption that religious freedom is maintained by confining religion to the private sphere often leads to global prescriptions of western-style secular governance. But religious terrorism has been explained (particularly by Mark Jeurgensmeyer) in part as a backlash against secular modernity. Religious communities may be attempting to violently re-insert traditional values and morality into the perceived ethical vacuum of a perceived secular contemporary global system. This explanation is lent particular weight when widely agreed upon moral failings of ‘secular’ business and politics – such as political corruption, scandal, or environmental destruction - are publically exposed. Terrorism may represent an unjustifiable example of a reasonable question that religious communities often ask: What morality is guiding secular modernity?

Religion’s resurgence and centrality to conflict in the modern world tells us that the world today is inescapably diverse and plural. Instead of continuing with the modernist project of unifying the globe under a single narrative, social scientist Scott Thomas argues that ‘taking cultural and religious pluralism seriously is now one of the most important...challenges of the twenty-first century’ (2005). All too often, the instinctive response to diversity of basic belief is to attempt to create ideologically neutral public space, rather than to practice the art of engaging difference in public spaces.

The practice of dialogue – wherein all parties declare their own views openly, aiming to listen to and understand other perspectives and traditions (Holenstein, 2005) – is paramount to successful contemporary peace building. Scottish philosopher Alistair MacIntyre argued that for such understanding and translation to be possible, the language of another tradition must become a person’s ‘first second language’.

Ideologically neutral space is impossible – it will always be governed by the belief system of the dominant party, whether religious or rationalist. Neutrality is an essential tool in pursuing peace, to be sure. But perhaps the time has come to shift the picture of neutrality from a perceived third space, void of ideology, toward the picture of a space where all ideologies are held openly. Bringing religion, in particular, out from the shadow of the private, and recognizing its essential publicity, may be a first step in engaging the creative power of faith to form lasting peace.

Joey Ager works as a researcher with the Joint Learning Initiative on Faith and Local Communities.
Read more from Joey Ager 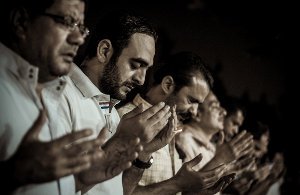