The latest round of violence in South Sudan has further complicated the process of peace and recovery. On the eve of the country’s July Independence Day, fighting broke out in the centre of the capital, Juba. Scores of people were killed and many more fled the country. The total number of South Sudanese people displaced now stands at over one million.

Until 7 July Juba had been quiet. Citizens had begun to feel hopeful about peace, describing the formation of a national unity government as a ‘healthy’ step.

Few expected violence to begin so soon
Ugandan and Kenyan charity workers and business people working in South Sudan shared this optimism. In an interview in May, Edmund Yakani, the director of a community empowerment initiative, told reporters in Juba he was optimistic peace will return in South Sudan saying, “we are still in a state of truth telling then reconciliation.”

Some South Sudanese citizens, like Tokwo Justus, knew that a return of hostilities was inevitable. Tokwo stated in April that the formation of the unity government was a superficial step, failing to address deep-seated problems of governance and so delaying progress towards peace:

“Underlying historical factors needed to have been tabled and agreed upon before a final unity government could be formed. The elders body, for example, has been biased in its decision-making and should have been abolished.”

These failings in the formation of the unity government and the recent return to fighting have hit civilians the hardest. The people of South Sudan continue to face violence, and each day more are displaced from their homes.

Even with calls to end the war and the current ceasefire, fresh wounds have been opened. Recent reports tell of the mass recruitment of children by both warring parties, widespread sexual violence and hundreds of children left without parents.

Victoria and her siblings fled to Uganda, walking for days without food
Take for instance 18-year-old Victoria Akotwho. Victoria is among the new arrivals at the Adjumani Centre in northern Uganda. She was at school when fighting broke out. She picked her siblings up from a playground near her school. On returning home, they found their front door open and the house empty.

When shelling and gunshots continued, Victoria decided to run, taking her siblings and joining a group of people heading to Uganda. After days of walking without food to eat, they made it to Uganda, but Victoria has not been able to find her parents. “We are now one month here and I don’t know where my parents are,” says Victoria.

According to a local journalist who also fled to Uganda, many South Sudanese citizens are still trapped deep in rural villages and are trying to enter Uganda through the bush. They do this amid fear of being abducted or killed by gunmen who are taking advantage of the insurgency to raid villages and ambush vehicles. These gunmen are active in the western part of the country bordering Uganda.

The journalist says most of the people trapped are women and children and that they are in a state of helplessness, with many having lost hope. He says they have no food, shelter or medical support, confirming a recent local radio report in Uganda quoting Amnesty International research on the impact on civilians of continued hostilities in South Sudan.

The fighting rages on. In July about 500 people were reportedly killed, according to the South Sudanese government. They say the majority of those killed were fighters of the former vice president Riek Machar.

Regardless of who lost more troops in the fight, it still hurts to see civilians killing civilians. In this case South Sudanese people killing each other in years of senseless war.

Peace must come by educating citizens about the need to forgive, reconcile and unite
It’s important therefore that the South Sudanese citizens, government and its political wing come to the negotiating table and agree on a real peace for the country. A section of South Sudanese society see progress in the replacement of Riek Machar as vice president and the defection of a number of his troops to the government side.

But peace must also come through education: informing normal citizens of the need to forgive, reconcile and unite.

Transitional justice and reconciliation Refugees and IDPs
Disclaimer: The views expressed in this article are those of the author and do not represent the views or position of Peace Direct.

More on Transitional justice and reconciliation and Refugees and IDPs → 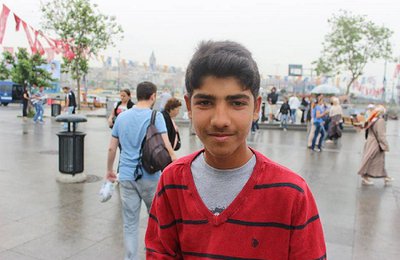