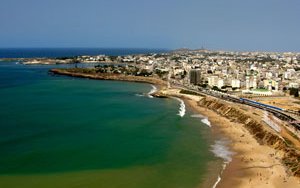 On 18 April 2015, an overcrowded shipping boat carrying over 800 migrants, from the Libyan coastline to Italy, sank in the Mediterranean Sea. This tragedy is only one of the many that have taken place this year, as migrants attempts to cross from North Africa to Europe.

According to UNHCR information taken from two Senegalese survivors of the April sinking, at least 200 Senegalese citizens were among the passengers of that dangerous and risky crossing. This latest – but probably not final – incident underscores the pressing youth unemployment equation that Senegal has faced since its independence.

Returning migrants are believed to be richer, and to own the nicest cars and biggest houses
Though illegal immigration is not new in Senegal, the phenomenon reached an alarming level during the mid-2000s. With a population estimated at 14.1 million people – most of whom are under 25 – it was these young people voted overwhelming voted for Abdoulaye Wade during the 2000 presidential elections, whom they regarded as the candidate for change.

Indeed, the main theme of the then-presidential candidate was to address youth unemployment if elected. Yet, given the failure of Wade’s government to urgently address this structural issue, many young Senegalese have decided to immigrate illegally to Spain on improvised skiffs.

The trend has been further exacerbated by the fact that in Senegalese society, family members who are abroad, who fend for the needs of the family, are more respected than the other siblings who are not. Returning migrants are believed to be richer, and to own the nicest cars and biggest houses. All of this fuel the need of young unemployed or under-employed Senegalese to immigrate to Western countries. Hence the very popular term known in Senegal as Barca wala Barsax – ‘Barcelona or die trying’.

It is estimated that most Senegalese immigrants reach the Canary Islands in Spain from cities such as Thiaroye, Guet-Ndar in Saint Louis, and Cap-Skirring in Casamance.

It is important to keep in mind that most of these initiatives to leave the country, sometimes by illegal means, are supported and sponsored by their parents. Parents do not hesitate to sell their belongings, cattle, jewellery, or other resources to cover the amount required for the perilous adventure. It is reported that candidates pay up 600 euros before embarkation.

How to respond? The role of civil society organisations

The Collectif des femmes pour la lutte contre l'immigration clandestine de Thiaroye, a movement essentially composed of women (the wives, mothers, sisters and daughters of immigrants who have died on route) has played a leading role since its creation in 2006, in the fight against illegal immigration. It takes a grassroots approach and raises awareness among young people in public places. With very limited means, the Thiaroye women have succeeded in convincing many young to give up their plans. Senegalese fishermen. Migrants often try to use small boats like these ones to make journeys by sea. Image credit: Evgeni Zotov.

More recently, the civil society organisation Horizon sans frontieres, through its executive director Boubacar Seye, rang the bell regarding the resurgence of the phenomenon while urging the government to play a more responsible role. Mr. Seye also urged the UN Security Council to play a more important role by protecting desperate migrants stuck in Libya.

The response against illegal immigration has mobilised national, regional and International actors. For example, in Senegal, the temporary decrease between 2009 and 2011 was the result not only of the involvement of the civil society in their awareness-raising campaign but also cooperation between Senegal and the EU through the FRONTEX programme which aimed to secure the country’s maritime coastline.

However, efforts made by civil society and others are being hampered by the instability prevailing in the Sahel region. The NATO-led Western coalition, by intervening in Libya and enforcing a regime change in 2011, has caused unprecedented chaos in the region. And after a sharp decrease in illegal immigration over the past three years, the phenomenon has resurged today sharply. Libya has become today the main departure point for illegal immigrants to Italy through the Mediterranean Sea. It is reported that, over 1187 Senegalese have reached the Italian coast, via Libya, since early 2015.

The phenomenon of illegal immigration is one of the major sources of insecurity in Senegal. Over the last decade, it has killed more people than terrorism. The Senegalese government should adopt a more holistic approach in countering it. But the local fight against illegal immigration will be effective only if regional stability is guaranteed.

Mouhamadou Kane is a PhD candidate at Jilin University in China. From 2013 to 2014, he was a Junior Research Fellow at the Institute for Security Studies in Pretoria. He has also worked as a consultant for the World Bank.
Read more from Mouhamadou Kane 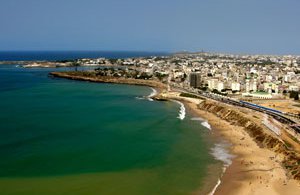