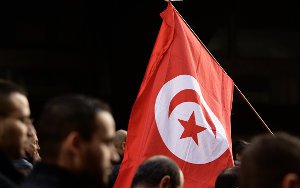 The Arab Spring began in Tunisia in 2011. Four years on, the country is making uncertain progress towards building dealing with the legacy of the past. Image credit: Gwenael Piaser.

When I was asked to write on Tunisia for Insight on Conflict, I was very excited. It is a country in transit, and there are a huge number of issues related to local peacebuilding and how to construct a new society.

Many of these are related to the Arab Spring, which ‘blew up’ in Tunisia in 2011. The fragrance of freedom seduced neighbouring countries; in many of them revolutions and uprisings were unleashed as people sought to end dictatorships and claim their right to choose.

This has led to huge potential for change in Tunisia’s future, and as someone working in the field of transitional justice, it is important to highlight the new initiative of the Tunisian President, which is aimed at creating a process of national reconciliation after the difficulties of recent years in Tunisia.

The legislative framework: origins and aims

Elections at the end of 2014 changed the Tunisian political landscape
In December 2013, the Tunisian National Constituent Assembly (NCA) passed a law to establish and organise a transitional justice process.

A Truth and Dignity Commission (TDC) was established in 2014, and, since December of last year, has been dealing with cases relating to victims of the dictatorship. By April of this year, it had already received files on more than 10,000 cases.

Revealing the truth about human rights violations is a right guaranteed by the law. Hence the mandate of the TDC, which includes investigating systematic abuses of human rights from 1955 until the passing of the law in 2013. It was the fruit of a participatory process, based on a national consultation.

However, this process was slow – it was only enacted three years after the revolution – and the selection of the TDC members was not transparent. Furthermore, the legislative and presidential elections at the end of 2014 changed the Tunisian political landscape. The new player on the Tunisian political landscape, Nidaa Tounes, is a secular political party that has succeeded in competing with the Islamist party, Ennadha, in a very short space of time.

National reconciliation: for the economy or for the people?

Nidaa is looking to make its mark in Tunisia. Terrorism and economic development were at the core of the electoral debates. And Tunisia’s new leaders have made them key to justifications for transitional justice to move on swiftly.

After a series of hostile media statements, the President of the Republic announced a national reconciliation initiative in a speech celebrating Tunisia’s National Independence. He said that Tunisians needed to turn a page, end the instability of the transition period, and look forward to constructing a new country and economy.

But his initiative is intended to stop judicial proceedings concerning a number of businessmen and entrepreneurs involved in corruption cases during the Ben Ali era, including lifting a travel ban. This regrettably hides what is effectively an amnesty, and could be considered as a reward to businessmen that supported the party during the elections.

This initiative will only increase impunity. Such a reconciliation process will not heal the wounds of the victims
It will also affect the work of the Truth Commission, the need for which has been questioned in the knowledge that the transitional justice law would seek to deal with corruption and economic crimes.

This was a big blow for the victims of the dictatorship. They have had high expectations for a meaningful transitional justice process. They demanded truth, accountability and the recognition of the rule of law. But this initiative will only increase impunity. Such a reconciliation process will not heal the wounds of the victims. It may silence their claims for a while, but it will not end their suffering,

Such a forced reconciliation, which ignores truth, accountability and real reform, will not aid economic development. The country needs economic reforms and equitable taxation to overcome all the obstacles of the transition. A meaningful attempt to deal with the past would help all Tunisians to pull together – this would be the best way to secure economic growth and success.

Some flowers close by night but they do not die. Tunisia, like every country in transition, is going through a period of stagnation. It has important decisions to take to remain the only flower of the Arab Spring.

[more_info_box] Disclaimer: these views are personal and those of the author, and do not necessarily reflect those of the ICTJ.

Peace Direct will soon be launching a new section on Tunisia, with updates and profiles of local peacebuilding work in the country. Check back to find out more.

Rim El Gantri is head of the Tunisia office of the International Center for Transitional Justice.
Read more from Rim El Gantri 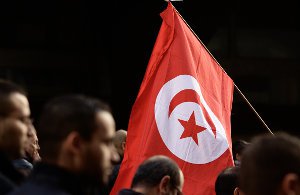