Uganda is in the spotlight again, following brutal police and military suppression of ongoing public protests. The “Walk to Work” campaign has been organised by the civil society group Activists for Change to protest rising food and fuel prices, corruption and government misappropriation of public funds by Museveni’s NRM government, and has attracted both press coverage and unwanted attention from the military and police.

I remember a conversation with my colleagues, a group of peacebuilders who had gathered in Entebbe for the International Peace Exchange organised by Peace Direct, when they had decided to walk to the market that evening. Each of them complained of the expensive cost of taking a motorbike or even hiring a taxi. I could not help but wonder how the ordinary Ugandans are going about if foreigners could no longer afford transportation costs in Uganda.

Since their participation in the Walk to Work campaign, opposition leaders Dr. Kizza Besigye of the Forum for Democratic Change (FDC) and Norbert Mao of Democratic Party have been constantly harassed by Ugandan police, the military police and Ugandan intelligence agencies. On April 28 Besigye was badly hurt in a gruelling police attack on his car and person and was admitted to a Nairobi hospital where he recently recovered.

Besigye’s participation and the police and military brutality that he has suffered has turned the campaign into a political battle between the police and Besigye’s supporters. Meanwhile, Museveni’s government exploited the opposition leader’s participation as an attempt to unlawfully overturn the result of the last elections. This propaganda however failed to deflect attention from the original cause for the Walk to Work, which was the rising costs of living and government indifference to people’s plight. 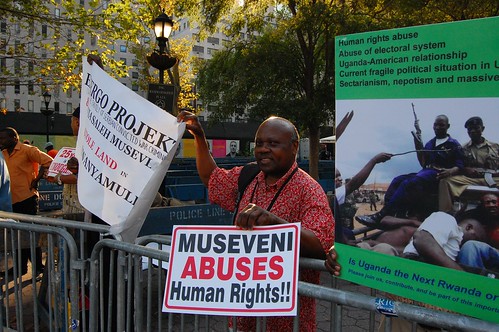 And while, it is not simply Besigye’s supporters now protesting, the government’s response has been uncharacteristically dismissive. Instead Uganda witnesses increasing police and military brutality on protesters comparable only to Amin's reign. Museveni takes an oath this week, continuing his reign as the longest regime in power in Uganda and East Africa - if he sees out his term, he will have held uninterrupted power for a remarkable thirty years.

What is interesting however is the fact that the Walk to Work campaign and the popular dissent occurred barely a month after the conclusion of an election period marred by police intimidation and voters bribery but overall viewed as a relatively calm. Many observers are therefore asking why violence has broken out so soon after apparently peaceful elections; what did the elections mean (if anything?). Or, is this a political ploy by the opposition group to oust a “legitimately” elected government using the Egyptian or Libyan-like revolution? No one knows exactly what the underlying motivations are. But it is equally important to recognise that the campaign resonates with a majority of Ugandans' feelings: the suffering they are enduring, and the government’s indifference to their inability to meet the basic of human needs.

The rising cost of fuel, high transport cost and the unaffordable food commodities add to a growing frustration over poor social service delivery and the lack of fiscal discipline by the government. As the inflation grows, of course exacerbated by massive use of cash during the past elections, Ugandans are bewildered with news that their government is spending millions of dollars to buy jet fighters and Museveni’s swearing in ceremony, yet many of them cannot afford basic commodities, tuition fees, health services and even daily transport to work. Meanwhile, the growing militarisation means the police and the army are fully equipped and fire live ammunition on protesters for fun. 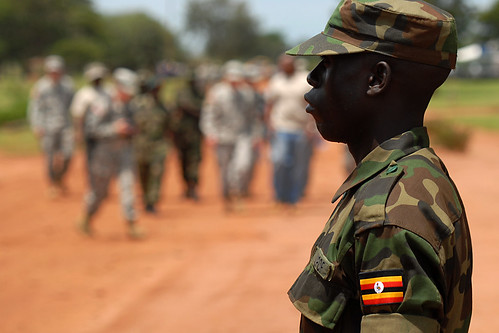 Peacebuilders and religious leaders have all condemned the brutal nature of the state response on unarmed civilians. Religious and cultural leaders have called for dialogue and urged the government to respect citizen’s rights. In his Easter summon, the Bishop of Masaka Diocese, Rt. Rev John Baptist Kagwa condemned the government for ordering the security organs to terrorise the citizens. He said “people should be handled with respect, dignity, and with love. They should be told the truth and in a convincing manner. But violence, tear gas, rubber bullet, beating, kicking, and panda gari will not solve the issues.”