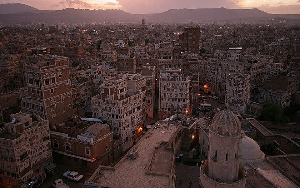 Yemen is suffering from the death and destruction which have affected Afghanistan, Iraq, Syria and Libya in recent years. But blessed are the peacemakers, and the most blessed these days are women. At the end of April the Women’s Power to Stop War Conference was held in The Hague, with 21 female activists delivering letters to their national embassies to try and help resolve the crisis in Yemen. Four Nobel Prize recipients and over 900 women participated in a call to end the violence that has killed well over a thousand men, women and children in Yemen.

The National Dialogue, which concluded a year ago, provides a broad basis for Yemen’s political future, but it has been dashed by the men who would control the destiny of Yemen at any cost. Ali Abdullah Saleh, allowed to remain in Yemen with immunity from his years of corruption, has played the spoiler throughout. The transitional government of Abd Rabuh Mansur Hadi was doomed from the start, as rivals jostled for power. Saleh’s behind-the-scenes alliance with the upstart Houthis, whose rebellion he had ruthlessly tried to crush a few years ago, created chaos in the capital and ensured a civil war.

Yemen has been a living hell for more than a month
The media focuses on the northern Houthis as the major obstacle in Yemen, parroting the Saudi claim that Yemen has become a staging ground for Iranian influence. In launching their Decisive Storm bombing campaign, which has been anything but decisive, Yemen’s infrastructure has been damaged almost beyond repair. It is not only the military structure which has been targeted, but far too many civilian casualties have resulted. Bombs kill anyone in their path.

The bombing, coupled with the ruthless expansion of Saleh’s former army troops in alliance with the Houthis, has made Yemen a living hell for over a month. Few Yemenis support Hadi, a weak and ineffective figurehead who is now widely seen as a mere puppet of the Saudis, but there are several groups allied against the Houthi/Saleh coalition. Prominent among these is Ansar Shariah (the Yemeni branch of al-Qaida), the arch enemy of Ansar Allah (the name used by the Houthis), which is allied in principle for the moment with the Saudi-led campaign.

Where next for Yemen?

Ordinary Yemenis are caught in the crossfire and are dying daily in this ugly scenario, and Yemen is now ablaze with fighting. There is at present virtually little opportunity for women in Yemen to engage in peaceful protest. This is not because women lack the resolve to fight for peace - they have done so many times before. Rather, it is the patriarchal mentality of Saudi-inspired Salafism that has removed women from participation in building society. Yemeni women outside the country are calling for an end to the fighting and the blockade of food and medicine that has created a pressing humanitarian crisis.

Already the poorest country on the Arabian Peninsula, Yemen is now being destroyed by the richest nations, all in a self-serving power play in which rhetoric drowns out human compassion. One day the violence will end, and there will once again be a chance for women to promote peace as the best resistance of sectarian violence forced on Yemen by its unwelcome neighboors. Let us hope that day is not far off.

[more_info_box] Peace Direct will soon be launching a new section on Yemen, with updates and profiles of local peacebuilding work in the country. Check back to find out more.

Daniel Martin Varisco is an anthropologist, historian and development specialist based in Qatar. He has extensive research and consulting experience in the Middle East, and is the President of the American Institute for Yemeni Studies.
Read more from Daniel Martin Varisco 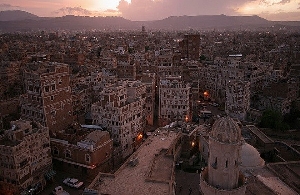