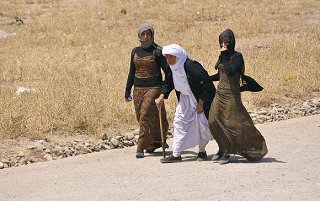 The past year has witnessed a series of dramatic events commencing with the ISIS invasion of large areas of Iraq. The most heinous crimes of ethnic and religious cleansing have been committed by ISIS terrorists, including the displacement of about 2.6 million civilians - mainly from minority groups such as Christians, Yaziis, Turkmen and Shebak.

Violence against women: the current situation

A large number of Yazidi women and girls have been abducted and harassed. Many are assaulted in atrocious practices including the sale of women into sexual slavery, rape, murder, and the forced conversion to Islam. The destiny of most of the abducted women and girls remains unknown. Many countries in the Middle East and North Africa (MENA) region are witnessing unrest and armed conflict. The rise in forces of extremism and terrorism have led to a decline in gender equality and women's rights. Sexual harassment and other violent acts against women are becoming common practice, even at work.

The prevalence of religious legislation enables the sexual exploitation of girls by ISIS combatants
In addition, there remains the prevalence of religious Fatwas (legal pronouncements) that promote child marriage, polygamy, female circumcision and the sexual exploitation of women under strange nomenclature, such as temporary marriages, including Jihad almonakhah. This allows girls to offer themselves to combatants in Syria for sexual intercourse to raise their morale in combat.

The current situation for women constitutes a serious setback to obligations of the states within the region. The Iraqi Al-Amal Association took the initiative to organise a MENA Women Security Forum in Erbil, Iraq on 10-11 May 2015. The forum was conducted with a number of governmental and non-governmental institutions, and regional and international NGOs. These included the International Civic Action Network (ICAN), the Kurdistan High Women Council, and the Kurdistan Ministry of Interior. The title of the Forum was: 'Women's Resistance to Extremism and Terrorism & their Struggle for Rights, Peace & Security'.

Survivors asked the participants to help stop the suffering of Yazidi girls at the hands of ISIS
The importance of the Forum is summed up in the words of two Yazidi girls who attended, both survivors of ISIS violence: 'Please rescue our Yazidi girls, women and children from ISIS and stop our suffering'. This message was shared with the 150 participants of the Forum, amongst whom were female victims and activists, experts in law, religious scholars, and researchers. Governmental representatives, INGOs and inter-governmental bodies including UN agencies also participated.

The main focus of the Forum was on UNSCR 1325. It sought to enhance mutual understanding, interactions and joint action amongst local, national and international organisations. It addressed the dangers and consequences of the ideology of extremism and terrorism in the MENA region for women's rights, security and peace. It aimed also to highlight the plight of the internally displaced and refugees, reflecting specifically on women's human rights activists in the MENA region. The Forum mobilised support and created a political will for adopting and implementing plans of action at the local level. It also mobilised international support to expose inhuman practices against women in MENA, leading to the drafting of a new resolution on the protection of women under conditions of terrorism and extremism. Amongst the 150 participants of the Forum were representatives from international and local NGOs, as well as government ministers.

The Forum promoted common understanding and joint action to counter the threat of extremism and strengthen the role of women in building peace and security. It also assisted in filling in the gaps of knowledge in terms of women's participation in areas which are less documented, such as conflict negotiation, mediation and national reconciliation. Ideally, it will lead to the creation of networks of solidarity among women across the public and private sectors and across countries in the MENA region.

Some recommendations of the Forum

The results of the Forum were a number of recommendations for future action, which include:

Ala Ali has over seventeen years of experience working in the field of civil society in Iraq including Kurdistan Region, and has substantial experience managing and administering programmes funded by UN agencies and other international donors. Ala is a specialist in conflict analysis studies, peacebuilding strategies and organizational democracy. She has been a member of the Iraqi al-Amal Association since 1995, and was elected to the board of trustees in 2008 and 2012. In addition to her work as a national consultant at UN Development Program-Iraq, Ala has served as Iraq Program Coordinator with the Olof Palme International Center, Senior Regional Program Officer with the International Foundation for Electoral Systems (IFES), Peacebuilding Consultant with the UN Development Program, and Country Manager of Women in Technology with the Institute of International Education. Ala holds a Bachelor of Science in Civil Engineering and MBA and Master of Arts in Conflict Transformation from the Eastern Mennonite University-Center for Justice and Peace.VA-USA.
Read more from Ala Ali

More from Ala Ali → 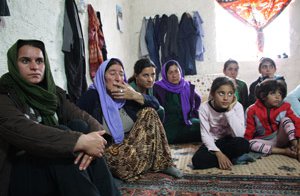 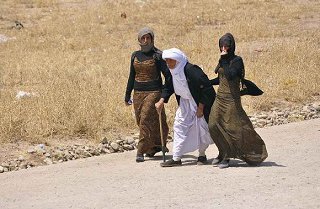 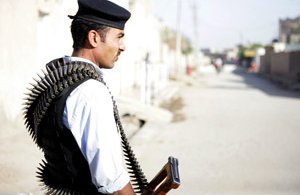