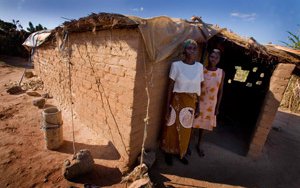 IDPs displaced during the unrest in 2009. Image credit: IRIN Photos

Since gaining independence in 1980, Zimbabwe has continued to experience low intensity protracted conflict marked by periods of escalation during state-sponsored violence. The Zimbabwe African National Union-Patriotic Front (ZANU-PF), led by Robert Gabriel Mugabe, is entrenched and maintains a monopoly over state institutions and the economy. Conflict today remains rooted in the contest for national power.

The origins of violence and the struggle for liberation

Deep-rooted distrust permeated power sharing after independence
Conflict in the former Rhodesia was manifest in settler colonialism and African nationalism, each characterised by degrees of racism and violence.  The Rhodesian Front, which promised to preserve the superior political and economic status of settlers, principally existed to serve the needs of the white minority, which were mutually competing and incompatible with the needs of the African majority. Political activity was heavily restricted amongst Africans and the use of violence as a political tool was entrenched. By the 1960s the settler government faced increasing pressure to allow for black majority rule. Competition between two African nationalist movements, ZANU and the Zimbabwe African People’s Union (ZAPU) further politicised the African majority. The ensuing conflict resulted in the Second Chimurenga and brutal violence which characterised Rhodesia’s transition into Zimbabwe.

Independence was achieved as a result of the Lancaster House Agreement, a negotiated settlement that preceded the 1980 elections. After the elections, the ZANU-PF government had the herculean task of transforming an authoritarian and exploitive colonial state into a representative democracy. However, Lancaster House placed significant constraints on ZANU-PF’s ability to institute meaningful reform programmes. Notably, economic structures that favoured the settler minority, including land ownership, were left intact, and little attempt was made to address the pre-colonial divisions which had continued through the colonial era.

In an attempt to create a representative government ZANU-PF instituted a power sharing arrangement with ZANU, ZAPU and the Rhodesian Front. Deep-rooted distrust permeated the arrangement. Shortly after independence, ZANU countered unrest in Matabeleland and the Midlands with a deadly show of force, now remembered as Gukurahundi, during which approximately 20,000 Zimbabweans were killed. It is widely maintained that the unrest was manufactured by ZANU-PF to eliminate any political challenge to the ruling party. Reconciliation between the two liberation parties was abandoned and the informal unity government was dissolved. Government repression emerged as a tactic to suppress political competition and dissent.

Violence peaked during the 2008 presidential election run-off
By 1995 voters in urban areas, particularly Harare, began to shift away from ZANU-PF as a result of poor economic policies, widely publicised corruption scandals, and widespread violence. Calls for reform coalesced around a Zimbabwean-driven and owned constitution. Economic pressures continued to mount on citizens and the government, and in 1997, the National Constitutional Assembly (NCA) was formed as a coalition of individuals and civil society to create a new constitution.

After an extensive consultation period between the Zimbabwe Congress of Trade Unions and the NCA, the Movement for Democratic Change (MDC) was launched in September 1999. Together, the MDC and the NCA pushed for major constitutional revisions. However, the official commission responsible for drafting the new constitution was comprised mainly of ZANU-PF loyalists with civics relegated to the periphery. Mugabe ultimately sidelined his own commissioners and deleted many of the key clauses aimed at opening political space. His version of the constitution was put to a referendum in February 2000 and resoundingly rejected.

The rejection of the draft constitution was significant in that it was the first symbolic rejection of ZANU-PF since independence. The referendum signalled the emergence of an alternative political party that could replace ZANU-PF in the up and coming parliamentary elections in June 2000 and 2002 presidential election. Days after the rejection, ZANU-PF supported a process which included torture, rape, kidnapping, intimidation and murder, as well as a range of other forms of social, economic, emotional, cultural and sexual violence, in order to consolidate its hegemony on power.

Zimbabwe has one of the largest diaspora populations in the world
In January 2008, the government statistics office said inflation rose to 100,580% from 66,212 percent in December 2007. The rate calculated by independent analysts estimate this was in fact closer to 250,000%. Additionally, a severe shortage of basic commodities, a cholera epidemic, and a 20% decline in traditional food crops as a result of land reform led to political and economic turmoil.

Following the peak of violence that accompanied the 2008 presidential election run-off between Mugabe and Tsvangirai, the Southern Africa Development Community (SADC) mediated a power-sharing accord called the Global Political Agreement (GPA) which sought to create an environment conducive for both free and fair elections and the strengthening of democratic institutions. The adoption of the GPA in 2008, and the subsequent establishment of the Government of National Unity (GNU) in 2009, were watershed moments for Zimbabwe; however, the accord itself provided little room for citizens to contest or engage in political space.

ZANU-PF retained control of key state institutions, including the security sector, with the exception of the Ministry of Finance led by the Morgan Tsvangirai faction of the MDC. The GPA lacked enforcement mechanisms that could sanction undemocratic behaviour and deter those intent on spoiling the Agreement’s aims.

While the vote was peaceful, a report released by the Research and Advocacy Unit, a Zimbabwe-based think-tank, found egregious problems with the voters’ roll. A chief problem was that nearly two million potential voters under the age of thirty failed to register — approximately 29% of the total adult population. The report also found that roughly one million people believed to be deceased remained on the roll, while in sixty-three constituencies, there were more registered voters than actual inhabitants, according to the most recent government census. The parties had failed to implement adequate electoral reforms to ensure that the Zimbabwe Electoral Commission could effectively carry out its mandate. The election results returned ZANU-PF to power, and reduced MDC-T’s parliamentary majority from 100 to forty-nine.

Following the conclusion of the GPA in July 2013, Zimbabwe continues to struggle with the legacies of conflict. Meanwhile, a battle for the succession of ZANU-PF threatens to split the party. More than three million Zimbabweans now live outside the country – one of the largest diaspora populations in the world – waiting to see what will happen next.

Bryan Sims has nine years of experience in research and advocacy on democracy and governance. He has a PhD on land policy in Zimbabwe from Stellenbosch University.
Read more from Bryan Sims 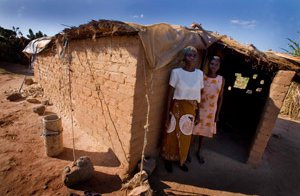