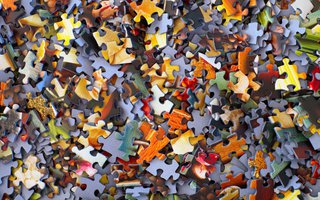 Peace Insight is managed by Peace Direct staff based in the UK:

Joel supports the web infrastructure and development of Peace Insight and Peace Direct websites. He also leads on our work looking at how technology can support local peacebuilders, including advanced approaches to mapping and incident reporting and monitoring. Joel has a degree in Peace & Conflict Studies and Politics, with his final year dissertation focusing on how the Internet can be used to promote and assist conflict resolution. Contact: joel.gabri@peacedirect.org

Dimitri is jointly responsible for all of Peace Direct's research initiatives, including managing the production of the Local Voices for Peace report series. He is responsible for designing and undertaking field research, as well as coding research findings and authoring research reports. He is also jointly responsible for the development of articles for the Peace Insight website. Dimitri previously worked with Crisis Action and the United Nations reporting on the UN Security Council, and before joining Peace Direct he supported democracy strengthening programmes at Westminster Foundation for Democracy. Dimitri holds a BA in Political Science from Concordia University and an MA in Conflict, Security and Development from King’s College London. Contact: dimitri.kotsiras@peacedirect.org

Sarah is jointly responsible for Peace Direct’s digital marketing and communications. She manages the running of the Peace Direct website and all social media channels, and produces all print publications. She is jointly responsible for the blog content on the Peace Insight website. Sarah previously worked in Mexico with the British Council, and before joining Peace Direct was working for an international social justice charity as Communications and Projects Assistant. She has over three years experience writing and editing for online communications. Sarah holds a BA in French and Spanish from Newcastle University and an MA in International Relations from the Central European University. Contact: sarah.phillips@peacedirect.org

Peace Insight staff work with a team of local contacts from around the world.

Currently based in four locations, local correspondents play a key role in the Peace Insight initiative. They produce editorial content and stories of interest on peacebuilding in their contexts. Their writing, featured in the 'Articles' section of our site, demonstrates the impact of local peacebuilding work, and tells the stories of how local peacebuilders are adapting and responding to recent dynamics around the world.

Sawssan Abou-Zahr is a Lebanese journalist, editor and consultant. She covers issues related to the Arab Spring, women, Syrian and Palestinian refugees, radical Islamist movements, and Afghanistan, Pakistan and Iran. She has written features on human rights issues and peacebuilding based on field research in Afghanistan and Libya, and has also worked on assignments in Switzerland, Bahrain, Oman, Poland, Algeria, Brazil, Germany, Morocco, Kuwait and Turkey, covering high profile events and interviewing prominent political figures. She has contributed to editions of the IREX report on media freedom in Lebanon.
Lisez plus de
Olga Konstantinova is Peace Insight’s Local Correspondent in Ukraine. A trained journalist, in 2014 she began working for Save the Children in Dnipropetrovsk. Using her experience of professional sports marketing and management, she also founded and runs Break The Ice, a hockey-based NGO supporting children displaced by the conflict in Ukraine.
Lisez plus de

Ashima Kaul is a founding member of the Yakjah Peace and Reconciliation Network, a network of Kashmiri professionals working on reconciliation and the empowerment of youth and women. A journalist by profession, she has participated in a number of national and international conferences, as well as training programmes related to women’s leadership, peace and security, conflict resolution, intra-Kashmir dialogue and peacebuilding. She has an active interest in inter-faith dialogue. As a founding member of Control Arms Foundation India, she also works on gun control and small arms and light weapons issues in Jammu and Kashmir.
Lisez plus de

Lina María Jaramillo is our Local Correspondent for Colombia. Lina María is a political scientist with Master's degrees in International Studies and International Development. For the past 8 years, she has worked on projects related to peace, security and development issues, and is currently with acting as a Knowledge Management Officer at Oxfam.
Lisez plus de

Dr. Prince Charles Dickson is Peace Insight's Local Peacebuilding in Nigeria. Based out of Jos, Plateau State, Dr. Prince Charles is a peace practitioner and policy analyst with decades of experience in media, public policy, psychology and development practice. He is currently the Team Lead for the Nigerian-based Tattaaunawa Roundtable Initiative (TRICentre).Prince Charles is a certified negotiator and arbitrator, with training in journalism and psychology. He is also a Henry Luce Fellow and Ford Foundation grantee, and holds certifications in Religion and Global Politics, Gender, Negotiation and Conflict Management and Analysis, Interfaith, Peacebuilding and Conflict Resolution.Prince Charles is an alumnus of the University of Jos and, the prestigious Humanitarian Academy at Harvard and the University of Texas at Austin. He holds a doctoral in Psychology (Policy & Human Development) from the Jesuit run Georgetown University Washington DC.
Lisez plus de

Boubacar Thera is Peace Direct’s Local Peacebuilding Expert in Mali. Boubacar is Programme Officer at the Geneva Centre for Security Sector Governance (DCAF). He is the former national coordinator for the West African Network for Peace in Mali (WANEP). In addition, he is a doctoral researcher in public law at Cheikh Anta Diop University (Dakar, Senegal) and the University of Legal and Political Sciences of Bamako (Mali). Prior to this he worked for a variety of NGOs and other organisations, and as an interpreter.
Lisez plus de

Edward Chinhanhu is Peace Insight's Local Peacebuilding Expert for Zimbabwe. A peace activist and fellow at the Institute for Justice and Reconciliation in Cape Town, he has an MA in Peace and Governance, and also studied for a postgraduate diploma in governance and public policy in the Hague. Edward is a Rotary Peace Fellow of Chulalongkorn University, Bangkok, Thailand.
Lisez plus de

Marius Ruhanamirindi is Peace Insight’s Local Peacebuilding Expert in the Democratic Republic of Congo (DRC). Based out of Goma, Marius works as a Consultant at the Peacebuilding Support Office in the DRC (Bureau de soutien pour la consolidation de la paix en RDC). He has previously worked as a Project Consultant with Oxfam GB on their joint programme against gender-based violence from December 2019 to December 2020. He was also a Project Coordinator for the promotion of peace and social cohesion by young people within the national NGO Bénévolat pour l'Enfance in the DRC for more than 3 years.
Lisez plus de

Dr. Zahid Shahab Ahmed is a Postdoctoral Fellow at Deakin University in Australia. He received his PhD from the University of New England (UNE) in Australia. He has an MA in Peace Education from the UN-mandated University for Peace in Costa Rica, and an MA in Sociology from the University of Agriculture Faisalabad in Pakistan. He has taught peace and conflict studies at universities in Australia and Pakistan. Since 2003, he has been working with local and international development agencies in South Asia, in particular in Pakistan, on various peacebuilding and development projects. He has published and presented papers on a wide range of issues, such as Islam, human rights, peace & conflict, regionalism, and regional security.
Lisez plus de

We'd love to hear from you!