Peacemaking, peacekeeping, peacebuilding and peace enforcement in the 21st century

25 April 2014: Gabriela Monica Lucuta explores the different elements of the UN’s peacebuilding strategy since the 1992 Brahimi Report, and argues that effective peacebuilding depends on a strong role for locals. When we discuss peacemaking, peacekeeping, and peacebuilding as a means to attain the UN Charter's goal “to save succeeding generations from the scourge of war” we must make a distinction between peacemaking, peacekeeping, and peace enforcement. They reflect the express and implied boundaries and potential interpretations of chapters VI and VII of the UN Charter.

Chapter VI of the UN Charter talks about peacemaking as a non-restrictive list of peaceful, diplomatic, and judicial means of resolving disputes. Peacekeeping is situated before peace enforcement and before the sanctions regime as seen in chapter VII of the UN Charter. Peacebuilding is more than a process that has a broad post-conflict agenda and more than an instrumentalist method to secure peace. The Brahimi Report noted that effective peacebuilding includes “support for the fight against corruption, the implementation of humanitarian demining programmes and an emphasis on HIV/AIDS, education and control, and action against infectious diseases.”

An important part of peacebuilding includes reintegrating former combatants into civilian society, and strengthening the rule of law through training, restructuring local police, and through judicial and penal reform. Secondly, it includes improving respect for human rights through monitoring, education, and investigation of past and existing abuses, and providing technical assistance for democratic development like electoral assistance and support for free media, for example. Peacebuilding must include promoting conflict resolution and reconciliation techniques.

Peacebuilding is a quasi solidarity right that empowers popular action. The recent events in Ukraine is an example of popular action which comes as an applicability of this quasi-solidarity right. It supports the civil and political rights of the Ukrainian citizens by reassembling the foundation of peace through activities undertaken from the far side of the conflict in which democratic nations play an important role.

On the other side peacemaking is represented through activities such as mediation, conciliation, and judicial settlement. These elements of peacemaking are part of Boutros Boutros-Ghali's conceptual platform in his “Agenda for Peace”.  M. Sarigiannidis (2007) argued that this agenda has been misapplied and not used as an essential foundation of UN principles and practices.

Peacebuilding and democratisation is based on a proposed strategic framework which “addresses the link between social and economic development, reconciliation and postconflict retributive justice, the development of political stability, and democratic governance.”.

There must be a shift towards local capacity building, away from patronage and towards partnership.
So far, the US model has failed to address these issues and continues the business as usual - neglecting the postconflict realities by continuing to enforce institutionalisation and competitive elections. These are the main causes of continuing violence in post-conflict societies, which have a very fragile democracy built into their governance system. Peacebuilding and democratisation must retain its original purpose by focusing in areas which consolidate peace in the short-term by managing the future through conflict prevention and reconciliation strategies rather than resorting to violence.

A strong peacebuilding strategy first of all involves reconstructing and/or strengthening legitimate and authoritative governance mechanisms. The next step is building local democratic capacities by using knowledge from appropriate segments of society to enhance the legitimacy of peacebuilding by adding post-conflict political reconstruction activities rather than institution building alone. There must be a shift towards local capacity building, away from patronage and towards partnership. All multilateral or bilateral strategies for democratisation need reformulation and retooling.

Let's talk about deductive versus inductive approaches to peacebuilding. The deductive approaches to peacebuilding are driven by donor tools and capacities which tend to favour institutions over processes and ultimately will result in failed or mixed outcomes. The inductive approach is focused on conflict parameters and strategies that are being employed. Local capacity building means that local priorities are identified at all levels of society. It is centred on peacebuilding processes rather than building institutions. Inductive strategies include managing conflict without violence, local participation, and the use of appropriate forms of knowledge.

The only way to achieve a lasting peace is by “shifting the strategic enterprise from a deductive, structural perspective to an inductive, process-driven one brings local priorities to the fore, rather than subordinating them to donor priorities.” The “chronic gap between pledges and delivery of aid jeopardize the consolidation of national peace and postconflict transitions.” (Shapard Forman and Stewart Patrick, 'Good Intentions: Pledges of Aid for Postconflict Recovery' 2000) The need for stable, effective, and legitimate forms of governance is imperative. We can note the latest developments in Ukraine, for example, to realize the need for conflict prevention and especially the need for inductive strategies of partnership with local agencies. “Peacebuilding operations should be concerned about creating the conditions for the outcome that will lay the foundations for continued democratization.”

Peacebuilders must be facilitators rather than be perceived as dominant occupiers. It is imperative to end the culture of dependency which was created by some international organisations. Instead we must resolve conflicts by using grassroots solutions and integration of local groups and organisations.

Peacebuilders must be facilitators rather than be perceived as dominant occupiers. It is imperative to end the culture of dependency which was created by some international organisations.
A creative and effective initiative is to foster a legitimate traditional and culturally specific model of inter-group decision-making employing norms of democracy. Including local representatives at the highest level in planning and coordination of peacebuilding would increase the opportunities for participation in shaping the design of these missions and increase accountability.

Any peacebuilding activity that does not involve local traditional values and culture will not last. Any form of peace intervention, technical or financial aid and diplomatic work will fail if the local people are not consulted and involved in the process. Through recognition and shared authority given to the local organisations, their civil and political rights are enforced. It will lessen the power gap between government and citizens. A balance of power is necessary to maintain peace while a new and effective structure of governance is built in post-conflict societies.

A “durable peace is not possible without stabilisation and structural reform.” International organisations should support a reform program that is consistent with the proposed agenda for peace. Such reform should have the following objectives:

An improved transparency requires abiding with the UN Charter, articles of agreement and/or inter-agency accords. These represent executive decisions which must be considered as essential in enforcing peacebuilding and democratic change.

In conclusion, “peacebuilding is designed to build confidence among the parties, facilitate institutional reform, demobilize armies, and assist the reform and integration of police forces and judiciaries.” Statistically, it is known that more than 86% of negotiated peace treaties last. These cases reflect the peace processes that are participatory and where the defeated join in the governance. They can compete for elected office and allow the opposition in power-sharing. The UN Secretary General's report, No Exit Without Strategy describes the three means of reconstructive peacebuilding. They are:

Peace negotiations test the sincerity and the willingness of the parties to live with each other and indicates how well they can design a comprehensive blueprint for peace. They can mobilize the support of local interest groups in peacemaking. The foreign aid coming from the international community in support of implementing the peace-related activities is essential in establishing a commitment to promote human rights, economic, and social development.

So far, the United Nations has employed with success the four linked strategies of peacemaking, peacekeeping, peacebuilding, and peace enforcement. Such strategies promote the multinational and multilateral impartiality based on the principle of equality of states and universal human rights which are embedded in the UN Charter. The United Nations' multinational character is based on cross ethnic and cross-ideological cooperation between member states. The linked strategies for peace aim at achieving a lasting democratic change through reform and justice. 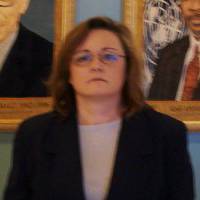 Gabriela Monica Lucuta holds a Master’s degree in Human Rights Law and a degree in Peace and Conflict/International Studies. She has written on subjects ranging from apartheid in South Africa to UN Commission Of Inquiry recommendations for peacebuilding and change in Asia.