Speaking up: indigenous voices in the Philippines' peace process

08 March 2015: Nerea Bilbatua tells the story of Froilyn Mendoza, and her struggles and successes as a peacebuilder. Froilyn was chosen to represent the Teduray, an indigenous tribal group, at the Philippines peace talks. Froilyn's voice is special not only because it is the voice of a woman, but it is the voice of a young, minority indigenous woman in the Philippines peace talks in a largely patriarchal society. When Froilyn Mendoza was growing up in a small village in Mindanao, in the southern Philippines, she never imagined she would end up representing her people in a national peace process.

Froilyn is a Teduray woman. The Teduray are one of the 18 major indigenous tribal groups in Mindanao. Froilyn’s father was the first Teduray municipal secretary, and her mother was a schoolteacher.

Although traditionally girls’ education was not a priority among the Teduray - as girls usually drop out of school early to help their families - Froilyn’s parents encouraged her to study.

"I was very fortunate, the other women of my tribe were often not even able to read and write. They had to take care of the family, children or work in the fields."

After Froilyn finished college, she became involved in the community women’s organisation her mother had set up. By working tirelessly, she became a well-respected member of her community.

"We've had 40 years of war, we've not developed because we've always been confronted with the conflict. I now want my children to live without fear."

Froilyn heads the Teduray-Lambangian Women's Organisation
At the same time, she was clear that this was how she could serve her community: “When I hear my children praying that my meetings will end soon, I explain to them that I am serving our people – we are the only ones who understand our own pledge and we have to stand by ourselves”.

Being a young, minority indigenous woman in the peace talks, in a largely patriarchal society, was not easy:

“I encountered resistance to the positions I was defending on behalf of my people. I had to make an effort to explain why these issues were important, and often felt unrecognised. For me, this was an opportunity to make sure that the rights of the Teduray and other indigenous groups would be included in the peace agreement, because the results of the negotiations will shape the life of the Teduray.”

Froilyn heads the Teduray-Lambangian Women's Organisation, one of the eight partners of an EU-funded project run by UK-based NGO Conciliation Resources. The project supports civil society in Mindanao to actively participate in the transition of the Bangsamoro to a new self-governing entity, following the signing of a peace agreement in March 2014.

"This project has given me invaluable skills and confidence. It has provided me, and other indigenous women, with a platform to actively participate in the peace process. It is the first time for us indigenous women to travel to Manila, ride in a plane and talk with high-ranking officials in the Senate and Congress. We are now confident to be interviewed by the media, and present our views to the public.”

Froilyn has ensured that the perspectives, experiences and aspirations of her people, and other indigenous groups, are included in the peace agreement and the governance structures for the new autonomous region. As she puts it: “this work has enabled the voices of indigenous groups to be heard”. Through her parents’ example and support, through the respect of the community towards her and through the support of Conciliation Resources, Froilyn has played a key role in one of the most innovative peace processes of the last decades.

Building peace in Mindanao through public participation in governance

The EU is funding this three-year project (2013-2016) run by Conciliation Resources, which is aimed at:

This article is published as part of our support for International Women's Day, the global campaign celebrating the lives and contribution of women to society, and supporting the struggle for equal rights around the world. 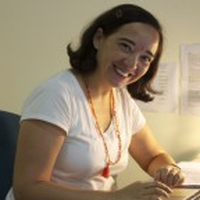 Nerea Bilbatua is a Peace Historian at the Cambodian-based Center for Peace and Conflict Studies (CPCS).