Crime, violence and extremism in Bangladesh: how to rebuild society?

14 March 2017: Insight on Conflict’s Bangladesh Local Peacebuilding Expert discusses the need for civil society and government to work together to tackle violence in Bangladesh. Young people in Bangladeshi capital Dhaka and elsewhere can be drawn into violence to try and become ‘big fish’ in the criminal world. Image credit: b k.
When young people live in an unjust social hierarchy, it can motivate them to embrace crime
Violent extremism has become one of the biggest threats that the world is currently facing. It affects the security, well-being and peaceful way of life of many individuals living in both developed and developing countries. Yet the challenge to date has mainly been tackled from an interventionist perspective, that aims to counter violent extremism with military and security measures. From 2001 to 2017, the United Sates government has spent almost $1.8 trillion to fight terrorism.

Almost half of the 1.5 billion people living in fragile and conflict affected states are youth, and one can see how these realities have created a public perception of youth as either victims or perpetrators of violence. However, as the Youth Action Agenda to Prevent Violence and Promote Peace notes, “this narrative fails to capture the fact that most young people are part of the solution,” and that the majority of young people simply reject violence.

Young people are drawn to extremism because of political instability, injustice, corruption, a lack of education, socioeconomic marginalisation, and inequality. Surrounded by these issues, they feel insecure. The volatility in the system is a major reason for young people turning to violence. When they live in an unjust social hierarchy, it can motivate them to embrace crime and try and climb up the ladder to try and become the next ‘big fish’ as quickly as possible. They choose the wrong people to idolise.

As such, youth crime rates rise. Deprived of a proper education and upbringing, they are used as bait by professional criminals. Working with these children, to help them understand the value of their lives, would help build a more peaceful society.

All these issues are relevant in Bangladesh. The government is trying to realise the potential of young people in a productive manner. It will need to fundamentally rebuild society in order to do so – a daunting task.

The information local groups can pull from the streets in which they operate means they have a map of the obstacles in the way of peacebuilding
In terms of terrorism, since 2009 the Bangladeshi government has been adopted a policy of zero tolerance towards terrorism. In 2010, the government formulated a strong anti-militancy National Education Policy, which highlighted the need to reform the Madrassa curriculum. The government has introduced anti extremism chapters in textbooks, laws to try and prevent terrorist financing, and a specialist police force, the Counter Terrorism and Transnational Crime unit. The new unit has sought to use a variety of methods to monitor terrorist and criminal suspects, including the “Hello CT” app, which aims to increase collaboration between law enforcement agencies and citizens. Reports suggest that more than 1200 terrorists were arrested in Bangladesh in 2016. This work has also led to the government banning four extremist groups so far: Jama’atul Mujahideen Bangladesh, Jagrata Muslim Janata Bangladesh, Harkat-ul-Jihad al-Islami, Hizb-ut-Tahrir and Shahadat-e-Al Hikma.

Importantly, Bangladesh is a board member and pilot country for the Global Fund for Community Engagement and Resilience (GCERF), a global fund to support local, grassroots efforts to counter violent extremism. This has seen three programmes launched in Bangladesh.

This is a good project, but there needs to be an integrated approach and the government needs to be proactive in this, working to support local peacebuilding groups. The information such groups pull from their networks – the local streets and the environment in which they operate – means they have a map of the obstacles in the way of peacebuilding.

Through actively participating in a central process facilitated by government, local groups can and ought to play a role in shaping future peacebuilding. The government needs to support an independent authority so people from all sectors of society can input to an action plan to address all of these issues. However, nothing of this sort has happened yet. Recent events in Dhaka have brought together groups on how to adopt a ‘whole-of-system’ approach to deal with extremism in Bangladesh. There should be more of the same. 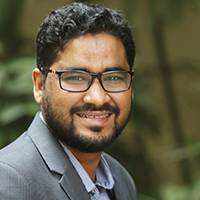