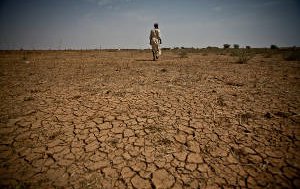 The debate over the connections between natural resources and conflict is currently dominated by the arguments put forth by the so-called Neo-Malthusians and those inspired by Liberal Institutionalism. At the core of this debate is the question of resource scarcity being a driving variable for increased violence.

Neo-Malthusian theory posits that cases of conflict will inevitably augment as the world is subjected to increasingly acute degrees of resource scarcity. Academics inspired by Liberal Institutionalism argue that a state of scarcity leads to a scenario where resource users will favour cooperation over violence. This argument has received a fair share of support, particularly by scholars such as Wolf.

With respect to water, the world has seen a drastic upsurge in the number of signed water resource management treaties (henceforth referred to as water treaties), which would signal support for Liberal Institutional theories of resource cooperation. The issue, within a conflict perspective, is whether the signing of water treaties translates into intra-state peace. This article explores the reach of water treaties, and their ability to foster effective water redistribution schemes that will lead to intra-state peace.

In general terms, one may say that the embryonic stage of a treaty starts when a process of negotiation has been established by its potential signatories. The skeleton of a treaty is a set of agreed-upon stipulations and clauses that will generate an agreeable resource sharing scheme. Life is breathed into a treaty once its negotiating parties agree to all its contents, reflecting this consent through a signature and subsequent ratification.

In this regard, resource sharing mechanisms such as water treaties are effective in preventing violence from erupting between national jurisdictions, leading to a situation of inter-state peace. What they may not be able to achieve however is an environment in which intra-state actors receive adequate volumes of water resources. If this perception is not effectively shaped, one may say that the existence of liberal institutions, as they currently stand, have only succeeded in displacing a disagreement over water distribution from an inter-state setting to a local one. Issues therefore may remain where local discrepancies over water supplies lead to instances of violence.

The inability to ensure peaceful sharing of resources in a local context is not necessarily connected with a treaty regime’s inadequacy. In this regard, what a treaty does not do, and cannot do, is set out mandates for the further distribution of water within a national territory, as this would signify a jurisdictional breach that no party would agree to. Therefore, water treaties deliver nothing short of what they promise: to achieve agreeable water distribution within its signatories.

Legal mechanisms to distribute water resources are particularly necessary within a water scarcity situation. In some cases, said scarcity could reduce societies’ ability to produce the necessary products and services to sustain (or improve) their current standards of living. Cooperation, within a situation of scarcity, has undeniably led national water users to seek liberal institutions to broker effective resource sharing strategies.

It suffices to study the progression of signed water treaties throughout the second half of the 20th century to illustrate the degree to which cooperation has been sought via liberal institutions. The United Nations Food and Agriculture Organization (FAO) FAOLEX database documents that a total of seven water treaties were signed in the decade of the 1950s, a number that escalated at the end of the 1990’s, to a total of 114.

The substantial increase in the number of signed water treaties would normally help to support claims that scarcity leads to cooperation, but as mentioned above, this cooperation is achieved within national jurisdictions only. To assume that the signing of a water treaty will inevitably lead to an effective local redistribution of water resources, and to intra-state peace, remains open for scrutiny.

Globally, the trend of violence over access to water directly challenges the notion that liberal institutions are effective venues for local resource allocation and peace. If this last assertion were true, then one would expect a directly proportional relationship between volumes of signed water treaties and peace. However, as follows from a previous post, it was found that the number of conflicts over water has increased drastically throughout the 20th century and into the 21st century, at a juncture where the number of signed water treaties was at its highest.

Based on these observations, one may conclude that support for the directly proportional relationship between water cooperation and peace, as proposed by Liberal Institutionalists, necessitates further examination. They are not entirely incorrect in the sense that national water users have indeed sought the mediational aid of liberal institutions more frequently, but doubts loom over these institutions’ ability to ensure that violence does not get displaced to an intra-state setting.

In closing, and on a positive note, it is worth stressing that opportunities still remain within Liberal Institutionalist theory. The issue that was identified above related to national signatories negotiating and acquiescing on behalf of a wider network of constituents. If such negotiations were carried out in a way that local communities and groups were effectively represented, the likelihood of an unfavourable intra-state water redistribution scheme would be lessened. In this sense, both the national and the local interests would form central components of any water allocation deliberation.

However, the jurisdictional reach of a water treaty would still remain as a topic of dispute. Should water treaties permeate sovereignty lines in favour of agreeable intra-state water redistribution? Should there be a secondary process following the signing of a water treaty, whereby local communities and groups are consulted to decide how post-treaty water resources should be redistributed? These are valid questions, and are worth studying, for in their answers one may find the conduits for the delivery of long-term intra-state peace.

Adan E. Suazo is Associate Research Member and Coordinator of the Loyola Sustainability Research Centre at Concordia University, Canada. His research focuses on the relationship between environmental degradation and the peace processes.
Read more from Adan E. Suazo
Disclaimer: The views expressed in this article are those of the author and do not represent the views or position of Peace Direct.