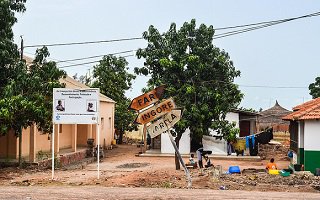 In recent years, the small West African country of Guinea-Bissau has garnered much negative attention. A series of coups and coup attempts, as well as repeated interventions by the military into politics, have caused fundamental shortcomings in Guinea-Bissau's security sector. Furthermore, the country has recently developed into an international hub for drug trafficking, greatly impeding stability.

In addition, Guinea-Bissau has emerged as both a transit country and country of origin for migrants heading northwards to other parts of Africa and Europe. In terms of socio-economic performance, Guinea-Bissau has shown, even in regional comparison, poor results, which is evidenced by its ranking in the Human Development Index. The security sector continues to be characterised by serious challenges, leading to human rights problems and criticisms regarding a lack of safety.

A history of instability

Political and military structures were amalgamated from the beginning
To better understand the country’s problems, let us glance at its recent history. A bloody, anti-colonial war of liberation broke out in 1963; a struggle for independence that was dominated by the left-wing oriented African Party for the Independence of Guinea Bissau and Cape Verde (PAIGC). When independence was achieved in 1973, the party set up an authoritarian one-party state.

The country's armed forces are rooted in the People's Revolutionary Armed Forces that were assembled as a rebel army in 1964 during the War of Independence. The combatants often only received brief military training and had, in many cases, not completed any formal schooling. Following the war, many of them were offered positions outside of the military within the civil service, including the police forces. Shortly following independence, purges and executions were carried out with the clear involvement of members of the security forces. These attacks targeted chiefs, former soldiers of the colonial army and opponents to the ruling regime.

Political and military structures were amalgamated from the very beginning. This fact is also evident considering that many former commanders later went on to assume political positions. Ever since, supposed or actual enemies have been forcibly eliminated or intimidated time and time again, in addition to serious human rights abuses and a disregard for national laws.

The multi-party era: a time of change?

The multi-party system was introduced in the 1990s but Guinea-Bissau was not able to find peace. In June 1998 a coup attempt evolved into an eleven month civil war. Ever since, the international community has placed the blame for political instability, lawlessness and lack of social and economic development on Guinea-Bissau’s security sector which encompasses the military, police and the justice sector.

A reform carousel began to turn immediately following the war in 1999. After disarmament, demobilisation and reintegration (DDR) programmes had failed, international actors demanded profound, largely top-down designed security sector reform (SSR), although attempts to integrate local perspectives have been made.

There were hopes that reforming the security sector would stabilise the country and facilitate its peaceful development. Proponents of this concept held onto the conviction that security sector reform would ensure the establishment of a capable constitutional state as well as effective security forces that are accountable to the government.

Since about 2006, various different actors (including different UN bodies, the EU, ECOWAS, and Angola) proceeded to involve themselves in the plan to reform Guinea-Bissau’s security sector, sometimes in rapid succession. These international actors looked to establish different focus areas. At various stages, relations among the international donors have been sometimes characterised by competition or mutual aversion. Rather than working side-by-side, at times they have worked against each other. It has been repeatedly argued that security reform which does not take local perspectives into account is untenable
Looking at these failures in Guinea-Bissau, it has been repeatedly argued that security sector reform in its present form – largely top-down application – is untenable. Disparate perceptions have existed on the donor and recipient side concerning reforms and expectations arising from them while local interests and concerns have thus far only partially been understood and taken into consideration.

The possibilities for participation by the local government, members of the security sector, civil society and the general populace remain limited. Local perspectives have tended to only gain consideration selectively rather than continually, resulting in the absence of an essential precondition for successful reforms.

The primary factors attributed to failure so far include vastly different understandings and expectations on the donor and on the Bissau-Guinean side. There is lack of coordination, integration, flexibility and continuity among the various reform strategies. Structural procedural constrains on the donor side yield rigid and short-term project approaches. Inadequate financial resources and insufficient communication impedes progression, and the deficient incorporation of societal actors and representatives from the Bissau-Guinean security sector further weakens the reform process.

Some examples include the peace initiative 'Estados Gerais para a Guiné-Bissau', which intended to create a space to discuss peace and security sector related problems among state and non-state stakeholders. The West Africa Network for Peacebuilding (WANEP) has been active in Guinea-Bissau for more than a decade, promoting peaceful conflict management and dialogue. In cooperation with the Swiss-based Interpeace, the initiative 'Voz di Paz' has contributed to the identification of the roots of local conflict and civilian conflict management in recent years.

For several years, the German non-governmental organisation 'Weltfriedensdienst' has cooperated with local partner organisations such as 'Djemberem di Cumpa Combersa', or the 'Grupo de Teatro do Oprimado', to sensitise security sector officials by means of peace education methods. Important civil society initiatives are emerging across Guinea-Bissau, giving the reform process a new turn.

Christoph Kohl is a research fellow at the Peace Research Institute Frankfurt (PRIF), Germany. He holds a PhD in social anthropology from the Martin Luther University of Halle-Wittenberg, and has previously worked at the Institute of Sociology at Ludwig Maximilian University Munich, Germany, and at the Max Planck Institute for Social Anthropology, Halle (Saale), Germany. He has extensive fieldwork experience from Guinea-Bissau and Angola.
Read more from Christoph Kohl 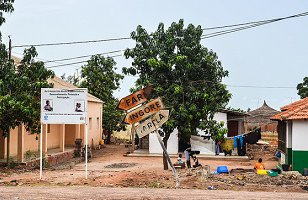