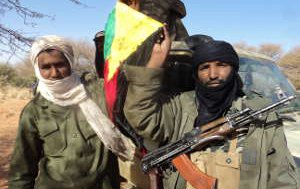 Transitional justice is always difficult, and nowhere is this truer than in Mali. The country, which is trying to negotiate a lasting settlement to its complicated conflict, will have to deal with a wide variety of issues as it seeks to establish procedures to deal with past and present crimes.

What is transitional justice, and why is it relevant to the Malian context?

Transitional justice is the response to systematic violation of human rights in a country. This includes formal and judicial as well as traditional procedures, but all are aimed at documenting crimes, achieving prosecutions and building peaceful social and political relations.

Various initiatives have been undertaken to build a lasting peace through reconciliation, truth and justice
Mali has experienced a violent conflict between non-state armed groups and Malian armed forces. Non-state armed groups affiliated to Al Qaeda occupied the northern regions of the country for several months in 2012. Investigations and reports reveal that many crimes have been committed by both the state army and the rebels. Consequently, tension and anger remain between many different groups, particularly in the north.

Various initiatives have been undertaken to build a lasting peace through reconciliation, truth and justice. Hence, in Mali there are some opportunities for transitional justice.

Opportunities for transitional justice in Mali

A Malian Truth, Justice and Reconciliation Commission (CVJR) was established in January 2014 to replace the former Dialogue and Reconciliation Commission (CDR). The shift is important because the search for truth is an important pillar of transitional justice, including the right to judiciary process. The CVJR has the responsibility to investigate crimes committed between 1960-2013 - since independence - and make recommendations to the government. Its mission is to contribute to peace consolidation and national unity.

The Ouagadougou Peace Accord signed in 2013 and the Ceasefire Accord of May 2014 also reaffirm the creation of an international investigative commission. The International Criminal Court is also active in the country in order to investigate violations of human rights in the country following the 2012 crisis. These initiatives are key elements to engage in judiciary action to search for the truth and combat impunity.

Challenges to transitional justice in Mali

The degradation of the security environment is a challenge to transitional justice
The first challenge to transitional justice in Mali is the security situation, which is once again becoming very unstable. The Mopti region, which was seen in the past as one of the most stable, is now threatened by the movement for the liberation of the Macina, which is strongly opposed to the presence of the Malian Armed Forces. Criminal attacks are increasing, and NGOs have reported more than 22 security incidents in April 2015. This is clearly a sign of the degradation of the security environment, and it is impeding the work of the investigators.

Furthermore, the Truth, Justice and Reconciliation Commission is not yet completely operational, with its fifteen commissioners still to be nominated.

The Government of Mali signed the Algiers Peace Accords after a long period of negotiation in March 2015, but some of its opponents, including the Coordination of Azawad Movements, have refused to sign. It is clear that without the accord the implementation of transitional justice initiatives will be compromised. On May 15, 2015, a final meeting for the signature of the Algiers Peace Accords was planned in Bamako, but the main rebel alliance said that despite agreeing to sign an initial agreement, it wanted further changes before agreeing to the final document.

So the Malian government signed the peace accord with pro-government fighters. That is the easy part. But the main player in the crisis is the Coordination of the Azawad Movement (CMA), and its refusal to sign means that peace will not yet come to Mali.

Across the country violence is sparking, with armed groups claiming different parts of territory
Those who did attend included high level delegations from Ecowas, the UN, African Union and civil society organisations, as well as 20 heads of state. I heard government officials and allied groups say that peace is back. But the deal signed in Bamako cannot positively impact on the peace process for the government has signed with its own militias without the significant opponent side - the CMA.

Two weeks ago the governmental militia, GATIA perpetrated a violent attack against the National Movement for the Liberation of Azawad (MNLA) positions in Menaka, near Gao in the north of the country. This was followed by an ambush against the Malian army in the Timbuktu region.

Across the country violence is sparking, with armed groups claiming different parts of territory; in this case, the Macina Liberation Front (FLM) which operates in the centre of Mali, around the Mopti and Segou regions. The resurgence of criminal attacks, with IEDs and ambushes, suggest the conflict may soon escalate.

The head of peace operations at the UN, Hervé Ladsou, spoke of his regret at the non-participation of some of the parties to the conflict.

He also denounced the violations of the ceasefire, calling on all parties to resume dialogue and ultimately peace talks. In reaction to that statement, Malian President Ibrahim Boubacar Keita’s comments made the malaise between the UN operations in Mali and the government clear; the government accuses the UN of impartiality.

In Mali, people believe that the peace deal signed on Friday will lead to nothing.

An active civil society is key in supporting transitional justice mechanisms and initiatives
Real transitional justice could be a possibility in Mali. But it is facing many challenges including security, the inertia of the CVJR and the lack of a peace accord between the government and the Coordination of Azawad Movements.

An active civil society is key in supporting transitional justice mechanisms and initiatives. And Malian civil society is more and more active in transitional justice issues with the support of ABA ROLI and Freedom House. Twenty-two local organisations have been trained on transitional issues and a network of human rights advocates has been set up to monitor the situation across the country. The network has monitored human rights violations since the 2012 crisis and published a report in 2014. That report reveals 500 cases of human rights violations across the regions of Segou, Mopti, Gao, Timbuktu, Kidal and Bamako.