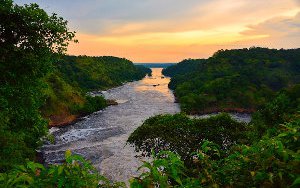 Water is by far the most precious resource available to humans.  Our very existence and subsistence as a species is directly contingent upon the adequate availability and accessibility to water.  While this is the undeniable biological imperative that governs our very ability to draw breath, it is worth noting that this perception has not always been the defining variable in matters of war and peace.  This article, which draws research questions from a larger project, is the result of a period of pondering, where the importance of water conflicts arose as a theme of exploration.  Specifically, concerns pertaining to the relevance of conflicts over water, and the place they hold in the echelons of conflict resolution policy will be investigated.

It is safe to say that traditional wisdom on conflict resolution strategies has generally been informed by the economic, social and political dimensions of warring groups’ foundations of war.  When such variables push warring parties to take arms, it is vital to consider alternative avenues of resource redistribution.  For the purposes of this article, resource redistribution will be considered as a strategy initiated and moderated by third parties to allow warring groups to have an increased access to the resources being disputed.  The ultimate goal of resource redistribution is to create an environment where warring parties may regard their new allocation of resources as being favourable enough to halt hostilities.  The possibilities of attaining long-term peace are further enhanced when third parties offer incentives as a way to influence the direction of negotiations.

Under the above-mentioned conditions, conflict resolution policy geared towards thwarting economically, socially and/or politically driven violence assumes that resource redistribution is attainable as long as warring groups are persuaded to believe that such redistribution is beneficial to their members.  It also assumes that the resources being disputed exist in sufficient numbers.  Redistribution, under this mindset, becomes an exercise to concede resources already in existence.

While resource redistribution is a strategy that seems to work well, it is ill-equipped to resolve conflicts over resources whose availability and accessibility are becoming increasingly scarce, such as water.  In their study on water availability, Gleditsch et al. found that the global per capita availability of water decreased from an annual 40,000 m³ in 1800 to 6,840 m³ in 1995.  This view is supported by Gerten et al., who found that water availability will be severely reduced in several regions of the world, to the point that hunger alleviation strategies will not be sufficient to cater for the planet’s increasing population.  In face of a rapidly-depleting resource, individuals that would have otherwise been peaceful actors will regard access to water as a zero-sum, survival exercise, and may not be as easily persuaded to believe that a negotiated redistribution of resources would be beneficial.

If the allocation of resources in a peace negotiation is contingent upon their very existence, a long-term redistribution scheme in a water conflict situation would inevitably fail, unless policymakers address the background causes for resource scarcity.  This, in many cases, is a goal that necessitates the cooperation of a number of different local, national and international actors, which may pose challenges in terms of alignment of interests and consensus-building.  Nevertheless, by focusing on the background issue of resource scarcity, one follows the belief that a resource can only be disputed and eventually redistributed if it in fact exists in sufficient volumes.  To assume that conventional conflict resolution mechanisms will work in the face of a depleting resource not only defies the realities faced by societies on a global scale, it defies common sense.

Bearing in mind the undeniably ominous status quo (and future) of water availability in the world, it is crucial for policymakers to rethink conflict resolution policy.  One may no longer regard war over water as being new or as being something that will only concern future generations.  Water conflicts are already happening, and their frequency only continues to rise with devastating effects in our societies.  According to data from the Pacific Institute, instances of hydrological warfare increased from nine cases in the 1970s to 78 in the 2010s, which bears witness of how often access to water has triggered violence, and how this trend does not seem to relent.

In view of the constant depletion of water resources and the rise of hydrological violence, how can resource redistribution work favourably for the purposes of peace?  Furthermore, how can policymakers remain active and relevant parties in conflict resolution frameworks amidst water-based hostilities?  These are pressing questions that deserve a primordial place in conflict resolution circles, and whose answers will shape the state of the world in years to come.