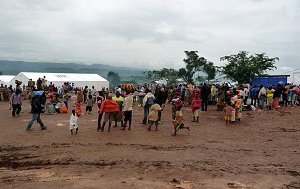 Continued unrest in the capital of Burundi, Bujumbura, has created a growing climate of fear. Since President Pierre Nkurunziza decided to stand for presidency for a third consecutive term in late April, violent protests in the capital have deepened feelings of insecurity throughout the country. The number of casualties continues to climb, with at least 77 people now dead and more than 500 wounded. Gunfire and grenade explosions have become frequent occurrences in the capital, and fear of violence is rapidly spreading to rural areas. Just last week, 4 were killed and 30 wounded in a series of overnight grenade attacks.

There remains concern that the climate of violence in the country obstructs chances for free and fair elections in the upcoming polls. African leaders have called for dialogue between all parties involved in the crisis after a meeting held in Johannesburg on 15 June. With parliamentary elections set for 29 June and the contentious presidential elections now set for July 15, it is hoped that open dialogue can reduce the risk of further violence. In the meantime, Nkurunziza stands firm on his decision to run for a third-term in office.

Rising tensions have led to as many as 150,000 people fleeing the country to neighbouring nations. Displacement within Burundi itself is a cause for concern, with many leaving their villages in anticipation of increased conflict. There are fears that crops will not be harvested this year, putting a further strain on civil society's work to reduce tensions and prevent the spread of instability to rural areas.

Despite the very difficult context for peacebuilders in Burundi, a few civil society groups have continued to mobilise for peace, where possible. CEDAC for instance has been gathering representatives of youth who have been involved in protests and those youth affiliated to the ruling party to discuss strategies of avoiding, reducing and preventing violence. Search For Common Ground in Burundi has also been spreading peace messages online and via other artistic forms to promote dialogue, tolerance and reconciliation among Burundians. Civil society groups have been working where possible to mobilise youth for peace.
Information on Burundi is provided by a local peacebuilding expert who reports on peacebuilding issues in Burundi.
Read more from Burundi Local-Correspondent